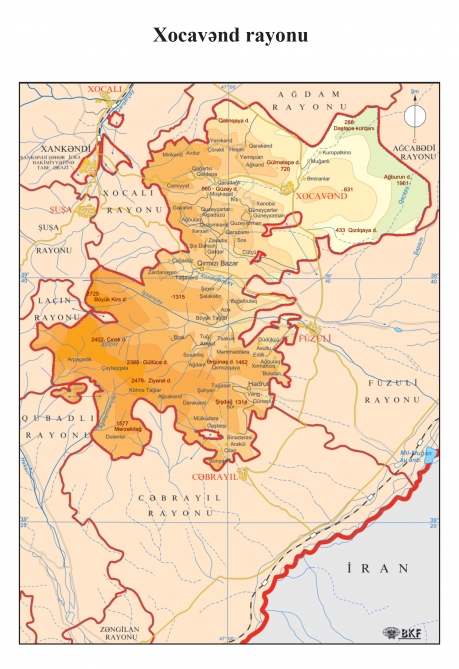 The statement notes that Armenia has been conducting occupation policy in front of the entire world community for more than 30 years.

“In the late 80s of the twentieth century, the Armenians again put forward groundless territorial claims regarding the Nagorno-Karabakh region of Azerbaijan,” reads the statement. “Unforgivable and very serious mistakes and pro-Armenian policy of the Soviet leadership from the end of 1990 and the beginning of 1991 led to an aggravation of the situation, the Armenian aggression in the Nagorno-Karabakh Autonomous Oblast of Azerbaijan and the country’s regions bordering Armenia acquired a wider scope. 27 years ago – on October 2, 1992, the armed forces of Armenia occupied the Khojavand district with an area of ​​1,458 square meters, which included one city, two settlements and 81 villages, with an Azerbaijani population of more than 10,000 people.”

Presently, Azerbaijan controls a part of this district called Nargiztepe (114,000 square meters), according to the statement. The population of the district of about 13,000 people lives as internally displaced persons mainly in the Beylagan district, and also in other regions of Azerbaijan, reads the statement.

During Armenia’s aggression against Azerbaijan, which began in February 1988, 145 residents of the region were killed, including 13 women and 13 children. This is while 43 children lost one of the parents, three children from the same family – both parents. Out of 110 civilians taken hostage at various times, 49 became victims of Armenian terror and atrocities.

As many as 1,723 houses were burned in ten villages of the district, 47 industrial and 114 agricultural facilities, 17 educational institutions, 32 medical facilities, 59 cultural sites, 10 historical monuments, as well as 341 kilometers of roads, 32 bridges, 42 reservoirs and 316 kilometers of water supply systems were destroyed.

There were 72 historical, architectural and cultural monuments of world and republican significance in the territory of Khojavand district, which include the Azikh cave near the village of Salaketin (Guruchay valley), the history of which dates back 1.5 million years, the ancient cave “Taglar”, the fortress “Ritish” in the Tug village, dating back to the V-VIII centuries, the “Ergunesh” fortress on a steep rock of the mountain of the same name, the tomb “Rzagulubey”, belonging to the XIII century, located near the village of Dudukchu, Albanian temple in the village “Boyuk Taglar” (1241), etc.