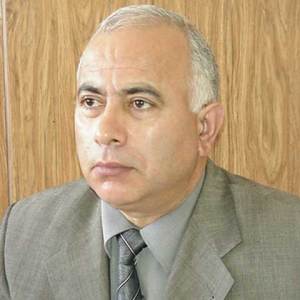 Our interlocutor is Anar Iskandarov, chief of the chair study, historiography, historiology and methodology at Baku State University, Doctor of History, professor. – Mr. Iskandarov, it is known that the Democratic Republic of Azerbaijan created an Emergency Investigation Commission for the investigation of the events of March-April 1918, while the government resided in Ganja. How do you appreciate the activity of the commission?

“The national government adopted very important decisions for the history of the Azerbaijani people. One of them is the creation of the Emergency Investigation Commission on July 15, 1918. It is clear that the genocide was committed by the Armenian Dashnak forces against the Azerbaijani population in Baku, Shamakhi, Guba, in the Western Azerbaijan, in general, in all the regions of Azerbaijan on March, 1918. But this act of genocide against the Moslem population in Azerbaijan was illuminated in the world quite in a different form. It became clear from the conveyed information the Armenians were subjected to genocide by the Azerbaijanis. The main purpose of the Commission created on July 15 was to convey to the world the real essence of the events. Alekkper bey Khasmammadov was elected chairman of the Emergency Investigation Commission at the meeting held chaired by Fatali khan Khoyski. Later, he became chairman of the Court Chamber. It should be noted that the number and composition of the members of the commission were very interesting. The majority of its members were non-Azerbaijanis. What was the reason? Unfortunately, even now everybody thinks what the non-Azerbaijanis say About the Azerbaijanis is true, but what the Azerbaijanis say is not true, the foreigners are believed more than the Azerbaijanis. It was like that in the past, it is the same today, too. Enough non-Azerbaijani lawyers were invited to the commission set up in Ganja. Nevertheless, they worked quite honestly in their turn. They visited regions and villages of Azerbaijan, where they had never been. Totally 36 volumes of documents were compiled. Each of them described the genocide committed in Baku, Shamakhi and Guba. For the sake of justice, it should be noted that there is not a second accurate and reliable source as these documents in order to prove to the world the actions of the Armenians today. The Armenians politicalized this issue; the world supported them and believed their deceptions as evidences in order to help them. The documents of the Emergency Investigation Commission were invaluable sources for exposing those deceptions in the world. It is true that the world still does not want to see those documents, but willy-nilly it will be obliged to see, because nobody can deny the truth. In this regard, I appreciate highly the documents compiled by the Emergency Investigation Commission set up in 1918 for investigating the genocide committed by Armenians against the Turkic-Moslem population. Though some of the state archives were headed by the Armenians in the past, still these documents have been protected and reached us up to this date.”

“In those years such persons like Andronik, Dro, Njde who had committed genocide against the Azerbaijanis, occupied certain posts in Armenia. Dro had a position in the Soviet Armenia, too. Did the Emergency Investigation Commission raise the issue of instigating charges against these persons?”

“The Emergency Investigation Commission mainly investigated the facts of genocide committed in the territory of the Democratic Republic of Azerbaijan. It was impossible to conduct investigations in the territory called the Western Azerbaijan, which the Armenians were calling it he Ararat Republic. Until the beginning of 1920 the Emergency Investigation Commission was able to raise criminal charges against 300 Armenians guilty in the events. Certainly, the Emergency Investigation Commission could not raise criminal charges. It submitted the documents to law-enforcement bodies after investigating and determining the crimes. Criminal charges were raised about 300 Armenians who committed the crimes against the Azerbaijanis were arrested. One of them was Stepan Lalayev. The Paris Peace Conference recognized Azerbaijan as a de facto independent state on January 11, 1920. Azerbaijan declared amnesty in order to demonstrate both its democratic image and good intention to the western society and those 300 Armenians were released.  But, Stepan Lalayev died in custody until the amnesty. The Emergency Investigation Commission could not raise criminal charges against Andronik, Dro, Njde and others, because the Commission raised criminal charges against the persons in the territories it had investigated. However, the crimes committed by Andronik, Njde and Dro against the Azerbaijani population were known. Dro and Andronik had committed the graves crimes. Dro and Njde were ideologists of the Armenians. It should be noted that memoirs of Garegin Njde appeared later. Njde was born in Nakhchivan in 1884 and died in USA in 1955. It was written in his memoirs: “The Italians created the fascism in 1919. But they failed. Nazism was established in 1923 and came into power in 1933. Fascism could not reach its goal. The Armenians have also their political course. For the success of this policy the Turks all over the world must be exterminated. Each Armenian must be brought up in the spirit of hate to the Turks until the end of his life.  And this hate should be aimed at the extermination of all the Turks.” Ideologues, such as Njde, hate the Turkic and the Turkish people in the world. Therefore, they summoned to exterminate all the Turks and set up “Great Armenia” in their territory without mercy to woman, the old and child. The attitude of the Armenian ideologists to us throughout their lives had been like that. Moreover, the church carried out this mission “successfully”. Neither religion, nor the cleric assumed such a mission in the world. The biggest task of all religions and religious leaders is to create peace among the nations and people. But the Armenian Church always assumed the mission of the state, spread discord among the people. The Armenian Church played the main role in the occupation of 20% of the Azerbaijani territory in turning over one million of Azerbaijanis into displaced persons. The Armenian Church sowed discord between the Azerbaijanis and Armenians in 1905-1907, in 1918 and at the end of the 1980s. “

“We focused attention mostly on the events taken place in Guba, Shamakhi and Baku while speaking about the genocide of 1918. Thereby, do not we move to the rear the tragic events in Zangazur, Yerevan and Karabakh? “

“The Turkish government during the presidency of Kenan Evren declared that they to open the archives connected with the events of 1915. In your opinion, why do the Armenians ignore it?”

“The issue of the so-called Armenian genocide was not a historical issue, but a political one. Has anyone listened to any historian’s idea so far? As it was a political issue, they were far from the idea of opening the archives.  Therefore, there is nothing in the archives to satisfy their claims. They prefer to solve everything politically with head of states and parliaments. They have never been in favor of the study of archival documents. If it was a matter of history, certainly, the historians would have been involved in these issues.  The biggest success of the Armenians was that they could submit false information to political institutions and departments. Of course, these falsifications are used in their own favor by separate states, too. Had this issue been discussed by historians, the Armenians would have failed unequivocally”

“Mr. Iskenderov, the Armenians constantly make a skillful use of the Christian card. In your opinion, does this factor play a role in protraction of the solution of the Karabakh conflict?”

“Certainly, it does. The greatest desire of the Armenians was to create a state “from the sea to the sea”, that is, “the Great Armenia”. A part of this territory belongs to Azerbaijan. The Armenians occupied 20% of the Azerbaijani territory. However, they declare to the world that the Armenians have been exposed to genocide and deprived of their lands throughout the history. The Armenians created a poor, miserable image of their nation and the world defended them. They protract he resolution of Karabakh problem seeking supporter outside. In this sense, different approaches  to this issue, protection of the Armenians around the world hinders the solution of the Karabakh conflict.”

1. Nazim Mustafa: “Both during the genocide in 1918 and I Garabakh War Armenians attacked from the same directions.” 2. Khojaly – almost 25 years have passed… Boran Aziz: “In general, one of the untouched topics is Khojavand.” 3. Ilgar Niftaliyev: Neither Azerbaijan nor Armenia agreed to grant Nagorno-Karabakh an autonomous status 4. Guntekin Najafli: “If Russia could eliminate the Ottoman Empire, there never would be any Armenian state in history” 5. Musa Gasimli: “A quarter of the Azerbaijani population was massacred in Baku in 1918” 6. Vagif Abishov: Books and articles falsifying our history are published in Russia and distributed around the world