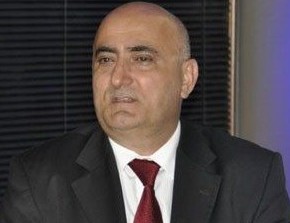 – Mr. Gasimli, you research the First World War era. The main rapporteurs Special Investigation Commission of the Azerbaijan Democratic Republica, which investigated the 1918 genocide, were other nationalities. Didn’t it mean unbiasedness of the Commission?

– The peak of the genocide committed against Azerbaijanis took place in March 1918 in Baku. The genocide was later continued in other regions. Within a few days, civilian people were brutally killed by the Bolsheviks and Armenian Dashnaks just because they were Turkic Muslims. Although our archive documents claim that 8,000-15,000 people were massacred, according to the foreign sources, 20,000-25,000 people were killed only in Baku. For instance, the contemporary English documents note that a quarter of the Azerbaijani population was killed in Baku during those events. Out of 280,000-300,000 people residing in Baku at that time, 80,000-100,000 were Azerbaijanis. 20,000-25,000 people make up a quarter of the Azerbaijani population. A few months after the proclamation of the Azerbaijan Democratic Republic, the Azerbaijani government established the Special Investigation Commission in July. The members of the Commission were largely non-Azerbaijanis. The Commission met with people, who had faced the genocide, interviewed the families of victims. The reports were later collected in several volumes. The work of the Investigation Commission showed that the Baku genocide aimed at preventing Azerbaijan`s independence, committing ethnic cleansing in Absheron Peninsula, taking up the control over Baku oil and Eurasian routes.

– Are there any facts on the attitude of the leaders of Baku Commune, N.Narimanov, M.Azizbeyov, M.Vazirov towards the genocide?

– The fact of genocide was confirmed by the Bolsheviks, too. In his articles, the prominent statesman N.Narimanov unequivocally stated that only Muslims were massacred in the Caucasus. At that time, the Bolsheviks and Armenian Dashnaks did not care about party affiliation when committing genocide. They killed even Muslim and Turkic socialists. However, the perpetrators of genocide could not achieve their goals. They created obstacles for our independence, delayed the process, but could not stop it. Azerbaijan`s independence was declared a few months later.

– What kind of role did the Declaration of Independence and 23-month Azerbaijan Democratic Republic play in the history of our nation?

– Mass killings were committed in many regions of Azerbaijan throughout 1918. One of the most horrible events happened on March 31. Was there not any force at that time to oppose those atrocities?

– We were always taught as if our statehood has no history or our history was consisting of robbers and outlaws. Some mention gochus of Baku during the 1918 massacres. The activities of gochus make up an important page of our history, but not official history. Although there was no independent state during the genocide, Azerbaijan had a military unit called the wild division to oppose the enemy. Military weakness of the Azerbaijanis was related to several reasons. After Northern Azerbaijan was occupied by Czarist Russia, the central government did not let the Azerbaijanis serve in the military, never trusting them. Thus, the Azerbaijanis were deprived of military skills and paid taxes for not serving. Nevertheless, we had a number of general, who served in Czarist army.

– The 100th anniversary of the so-called Armenian genocide is drawing nigh. According to recent information, the Armenians are preparing to hold large-scale events. What about us? Do we make enough efforts to promote the genocide, the 110th anniversary of which will be marked in 2015?

– In connection with the so-called Armenian genocide, I have read a lot of archival documents, and authored a monograph based on the most reliable sources. The monograph was published in Baku and Moscow. It received a positive feedback from experts in Ankara as well. It is to be re-printed. The so-called Armenian genocide never occurred. The genocide was committed by Armenian armed units during the First World War, later by Armenian Dashnak state, which was established on historical Turkic lands. The Armenian armed forces were created with the financial and organizational support of Czarist Russia. It is proved by reliable sources. This issue emerged after 1915 at the insistence of Russia. Czarist Russia, Great Britain and France appealed to the Ottoman state. The documents of the Russian Foreign Ministry stated that the joint appeal would encourage the Armenians and help the politics of superpowers. Thus, Czarist Russia is the author of the so-called Armenian issue. Although the world community had been hearing only false information of Armenia for many years, it has become acquainted with our position thanks to our wise policy. Our position reflects the historical realities. In recent years, under the leadership of President Ilham Aliyev, a lot has been done to inform the world community on Armenia’s aggression against Azerbaijan, on Khojaly genocide considerable. Articles have been published, films shown in foreign countries. In 10 years we could respond adequately to what the Armenians has been done for 200 years.

– Recently, your monograph “From the Armenian issue to the Armenian genocide: seeking true history (1724-1920)” was published. How would you shortly describe the Armenian question?

– As a researcher, who has worked with archive materials of eight countries, I can say that the so-called Armenian issue was raised by superpowers for specific purposes in certain historical periods. The Eastern question aimed at destroying the Ottoman Empire emerged Congress of Vienna in 1815. It was an artificially created matter, the main purpose of which was to divide the Ottoman Empire among the superpowers. The fiction called Great Armenia, as well as terrorist and political organizations, which would serve the ambitions of the superpowers, was also created back then. The initial actions were committed in eastern Anatolia, later in South Caucasus. The massacres committed by Armenian terrorist gangs in 1905-1906 in South Caucasus aimed at expelling local population from their homes, settling the immigrating Armenians, creating the basis for Great Armenia. Although those years are referred to as the period of chaos, the confidential documents of Czarist Russia confirm that the specific target of the Armenian was to take a step for setting up Great Armenia.

– Mr. Gasimli, some claim that the members of the OSCE Minsk Group visit Nagorno-Karabakh only as tourists. Every week we learn about their visits to the region and monitorings in the frontline. How would you evaluate the current activities of the noted organization? Is it true that the co-chairs visit the region as tourists?

– Since 1992, the OSCE Minsk Group has been operating within the framework of specific mandate. Over this period, the OSCE Minsk Group has submitted several proposals to resolve the Nagorno-Karabakh conflict created as a result of the military aggression of Armenia: package, stage-by-stage and common state proposals. One of them (common state proposal) was rejected by our government as it was contrary to norms of international law and Azerbaijani Constitution. As for Armenia, she tries to win the time. The activities of the Minsk Group are still ineffective, while the co-chairs visit the region only as tourists.

– What kind of solutions do you see for the settlement of the conflict?

– I think that the co-chairs of the OSCE Minsk Group must exert pressure on Armenia as a first step. If the invading country does not fulfill the requirements of the UN Security Council resolutions, that country must then be subject to sanctions. Both invading and defending countries are known. The fact of occupation is obvious. The aggressor must be named. The Minsk Group should increase its activities. Our country must be strong, too. The stronger our country is, the more effective our diplomacy becomes.

– Mr. Gasimli, you probably watch the events in the Crimea closely. Azerbaijan voted against Russia`s annexation of the Crimea. Do you think it may create a new obstacle in resolving the Nagorno-Karabakh conflict? In other words, can the existing fear of Russia become even stronger?

– In general, there is no ground to compare the events in the Crimea with the Nagorno-Karabakh issue. A few years ago, the Armenians preferred Kosovo precedent in resolving the conflict. Karabakh was occupied by Armenia, Crimea by Russia. In this sense, Azerbaijan`s position is quite correct. Our vote is based on the principles of modern international law norms. I think that we shouldn’t get concerned about the fear of Russia in this matter. Russia`s position regarding Crimea is based on the principle of self-determination. Later, Russia herself, can get harmed by this principle. What would the Russian authorities do, if the subjects of Russian Federation decide to use the right to self-determination? As for the sanctions, we can see double standards in this case. Why have some countries proposed sanctions on Russia, but do not impose sanctions against Armenia? I think Russia will damage herself because of this wrong policy.

1. Anar Iskandarov: “Armenians created their  image of a miserable nation, but the world defended them” 2. Nazim Mustafa: “Both during the genocide in 1918 and I Garabakh War Armenians attacked from the same directions.” 3. Khojaly – almost 25 years have passed… Boran Aziz: “In general, one of the untouched topics is Khojavand.” 4. Ilgar Niftaliyev: Neither Azerbaijan nor Armenia agreed to grant Nagorno-Karabakh an autonomous status 5. Guntekin Najafli: “If Russia could eliminate the Ottoman Empire, there never would be any Armenian state in history” 6. Vagif Abishov: Books and articles falsifying our history are published in Russia and distributed around the world