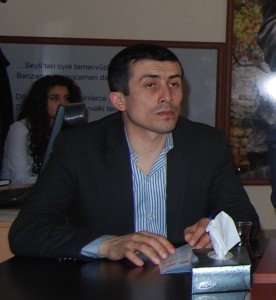 In the early 19th century (after signing of Gulistan Treaty of 12 October 1813 and Turkmenchay Treaty of 10 February 1828, which divided Azerbaijani territories between Iran and Russia), Tsarist Russia started to implement the plan on formation of “Armenian state” in order to create buffer zone in historical Azerbaijani lands.

Already 300 years ago, Russian Emperor Peter I, thinking about the future borders of the empire, instructed the messengers he sent to the South: “… we should try to convince and relocate them (“Armenians” – author) in our territories (“present-day Azerbaijani territories” – author), in order to have a point of support”.

For this purpose, nearly 300 thousand Armenians living in Iran and Turkey were resettled to Azerbaijan in the first half of the 19th century and relocated in Irevan (present-day Yerevan), Nagorno-Karabakh, Nakhchivan, Ordubad, Zangazur, Daralayaz, Vedibasar and other territories.

Mass deportation of Azerbaijanis from the territories of present-day Armenia and Nagorno-Karabakh, violence and brutalities against the peaceful civilians became widespread in the early 20th century, particularly in 1905-1907 with the support and assistance of the Russian government.

Increase in the activities of Armenian terrorist organizations, in particular those of Dashnaksutyun coincides this period. At that time, Dashnaksutyun had an armed grouping with 35,000 militants and many armories. They were waiting for a suitable condition to commit mass killings against the peaceful Turkish and Muslim population.

Turmoil during the First Russian Revolution created favorable condition. The Armenian terrorist organizations, which stationed the center of gravity of terrorist activities in the South Caucasus, in a short time, began committing the acts of genocide against the Turkish-Muslim population of the region. The first clash took place in early 1905 in Shusha, which widely resonated. The Armenian armed forces realized the greatest massacre against the Azerbaijanis in Baku.

Indeed, the reasons and roots of the events originate from the earlier times. After the occupation of the South Caucasus by Russia, the Tsarist government massively resettled Armenians to Azerbaijan, relocated them in the fertile lands, granted a number of privileges and appointed them in the civil service. The rights of the Azerbaijanis, who were dismissed from the state governance, were restricted and their lands were confiscated. They were also oppressed by the Armenians.

All of these further deteriorated political, social and material situation of Azerbaijanis. Under the auspices of the Tsarist government, the Armenians were establishing various communities and setting up committees, without any obstacles. However, the Azerbaijanis were deprived of such opportunities. Armenians were endeavoring best efforts to discredit Azerbaijanis’ reputation before the authorities and even spreading rumors and reporting that as if Azerbaijanis’ pan-Islamism, pan-Turanism and pan-Turkism movements had expanded.

Senator Kuzminski wrote that the Azerbaijanis had been local inhabitants of Baku. Armenians came here in the early 1970s after the arrival of oil industry and in the last 10-15 years, comprised 15% of the city population. 60% of the city population were Azerbaijanis. In a short time, Armenians became rich and eventually, great capitalists and held ruling positions in Baku. They were also dominating in the political arena. They had political organizations and even armed groups. The Armenians were raising funds throughout the South Caucasus to buy weapons. In 1905, alone Hunchak’s Baku bureau had 7425,4 Manats at its disposal. At that time, the Armenian committees had many weapons and ammunition. Their hostility of Turks was endless.

The Tsar government also weakened in those years. On one hand, Russian Revolution was very close and on the other hand, the country was at the state of war with Japan. Several power states, in particular Great Britain were trying to weaken Russia fundamentally during and after the Russian-Japanese war and to make it dependent. In order to falsify the essence of the events, the Tsarist regime called them interethnic contradictions and gave rise to the Armenian-Muslim clashes in Baku and other areas. Consequently, the Azerbaijanis were subjected to mass killings. The Armenian armed groups massacred peaceful Turkish-Muslim population.

On 19 February 1905, general strike of workers in Baku was declared. Realizing that it would be difficult to prevent this strike, the authorities began to generate unrests and instigated Armenians and Azerbaijanis. Through the spy network, rumors were circulating among the Azerbaijanis that Armenians and their committees were preparing a revolution in Baku, and to this end, producing bombs that first of all, would be applied against Azerbaijanis. Hereby, the authorities tried to prevent Azerbaijanis’ involvement in the movements against the tsar.

On 6 February 1905, at about 12:00, near the Armenian church in Parapet (present-day Fountains Square), Agarza Babayev, resident of Sabunchu village, was killed by the Armenian terrorists. Agarza Babayev was a member of great family generation and considered one of the well-known and wealthy people. There were wounds of firearms and cold weapons on his body. The news of murder and the rumors about the Armenians’ inhuman treatment with the corpse were spread rapidly. The murder of Agarza Babayev and disrespectful humiliation of his corpse by the Armenians led to the start of Armenian-Azerbaijani clashes. The Armenian committees were preparing an armed attack on Azerbaijanis. Armenians committed terrible massacres in Baku. However, the army’s performance was almost zero during the massacres. Small-scale Baku garrison could not prevent the turmoil. The army began to take up arms on 7 February.

There was no precise information about the people killed in the bloody events in Baku. The investigation revealed that members from 318 families were killed. 263 out of them were a head of family. Members from 282 families were wounded. 15 out of them were fully disabled and 60 persons lost up to 50% of their working capacity. Properties of 570 families were confiscated. Totally, 4,500 persons were in need of help. Damage inflicted was equal to 3 million Rubles. 100 thousand Rubles at the disposal of the Committee were allocated to the affected people. However, this fund was not sufficient. Therefore, city mayor asked Baku Governor to allocate the appropriate funds from the City Duma. At its meeting of 1 March, Baku City Duma allocated 50 thousand Rubles to the committee from its reserve fund.

As mentioned in the letter № 3934 of 7 March 1905, written by the Prosecutor of Baku Province Court to the Minister of Justice and the Prosecutor of Tiflis Trial Chamber, the negligent attitude of police and army was another reason of significant extent of massacre and destruction. According to him, military patrols (“mainly Russian and Armenian origin” – author) were walking around the streets, but not taking any steps. Only when the incidents ceased, additional army units were brought to the city. No actions were taken for seizure of weapons. People were killed in front of the police. No arms were taken up against armed gangs.

The events of 1905-1906 were the first act of genocide committed by Armenians against Azerbaijanis. Regretfully, as the history shows, this was not the last one (furthermore, the acts of genocide were committed in 1918-1920, in 1948-1953, and in 1988-1993). Despite the fact that the year of 2015 marked the 100th anniversary of the start of the acts of genocide and deportation, the international community has not yet made necessary legal evaluation of these bloody events.

Doctor of Philosophy in Pedagogy

1. Armenia wants the occupation of the Azerbaijani territories to be forgotten with “genocide” claims 2. The Manifesto dated 15th July 1722 of the Peter I for province population on the Caspian coast 3. Is Kiev really founded by Smbat?! 4. On importance of establishing the International Tribunal on Khojaly tragedy 5. How can Armenian overcome facelessness crisis? 6. The Armenians are not autochthonous to the Caucasus