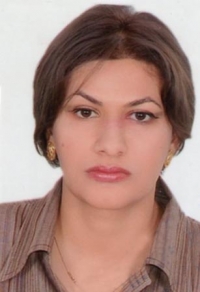 The interlocutor is a PhD in history, research fellow of the history Institute attached to ANAS (Azerbaijan National Academy of Science), Gultekin Najafli.

– Mrs.Guntekin why did the Tsar Russia that occupied Karabakh with sword and through big efforts need to establish an Armenian state there?

This policy had started from the late 17th century. Because of the weakening of the Ottoman Empire, the Christians living on its territory got the chance for protests. For the first time Austro-Hungarian Empire, one of the most powerful states of its time begun to send missioner groups that obeyed to Europe and its church. As it is known, by the permission of Kara Koyunlu Jahan Shah, the Armenian Church was removed from Kilikya to Azerbaijani territory namely Uchkilse. That territory was called Valashah and was established by the Parthian king. The Armenian Church begun to buy territories on those lands with the money that it received from the Europe. During that period, there were tense relations between Ottoman and Safavi and Europe wanted to defeat one Turkish state with the hand of other and in this case the local Christians were used as tools.

In the 18th century Russia regains ts power and Peter I shows interest for this region, the Europe directs the Armenian Church to Russia. During this period, taking opportunity of ever-increasing crisis in the Ottoman Empire, in accordance with a newly-emerged idea it was supposed to establish an Armenian state and one of the main authors to this idea was the Kafan Malik. Even if it was an amazing opportunity for Peter I, he was in war in different fronts, so he could not ruin the relations with the Ottoman Empire. By the order of Peter I given on the 24th November, 1724, Matyushkin got the mission about the settlement of Armenians on the Caspian coast. For keeping the Ottomans uninformed, this mission was secretly fulfilled.  After the death of Peter I, the mission was temporarily stopped. But during the kingdom of Catherine II the idea about the occupation of Southern Caucasus and getting ways to warm seas, as Indian re-emerged. Armenians once again were planned to be used as tools for the occupation of Istanbul. In that period Armenian ideas strengthened. Projects prepared by the rich Armenians living in Moscow and St.Petersburg were submitted to the Catherine II. The names of territories that should be occupied were noted in these projects. These places were the following: Caucasian Albania, Kingdom of Ararat and Eastern Anatolia. These lands included the historical Azerbaijani towns and were covering the territories from Southern Azerbaijan to Eastern Anatolia. The plan was to create a Christian Empire on these lands and the idea was supported by Catherine II. In line with such policies, in 1782 the Crimea was occupied. This event inspired Russia even more. In accordance with the Treaty of Georgievsk signed in 1783 Eastern Georgia accepted to be a Russian protectorate. The Russian Army was settled in Southern Caucasus.

– But which factor did stimulate the settlement of Armenians on the lands of Karabakh and Irevan?

After the settlement of Armenians in Uchkilse, they were buying the Azerbaijani villages around and placing other Armenians there. During the Ottoman-Safavid war, the Shia population of Azerbaijan was leaving their homes in Karabakh and Irevan to avoid the Ottoman leading. According to Ottoman sources, the Christian population was buying those left territories of Ottomans. So, the first settlements of Armenians took place during the Ottoman-Safavid war. But the mass settlement of Armenians is connected with “Turkmenchay”(1828) and “Edirne”(1829) treaties. In accordance with the Article 15 of “Turkmenchay” and to 12th Article of “Edirne” treaties, the Armenians were massively moved to occupied Azerbaijani lands. Professor Karim Shukurov has a statement saying: “The “Turkmenchay” contract saved the Armenians as a nation”. Documents that have been found from the Ottoman sources are also about the mass migration of Armenians to Azerbaijani lands. All these proves that Armenians  moved to Azerbaijan, metaphorically said “yesterday”.

As it is known, after Nadir Shah was murdered, tiny feudal-states, khanates were established on the territory of Azerbaijan. One of the most powerful khanates was the Karabakh. It was established on the territory of former Ganja-Karabakh Beylerbeyliyi. From the ancient times there was only one Albanian Malik on the territory of Karabakh namely the descendant of Hasan Celaliyan-Khacin Malik. Even though they had been forcibly converted to the Grigorianisect, they identified themselves as Albanians. In the letter written to Catherine II, they admited that they were Albans. Afterwards different Maliks came to Karabakh. Nadir Shah subordinated them all to himself. During the establishment of Karabakh khanate, the Panah khan first of all stopped the separatism and dissoluteness. The period of Ibrahimkhalil khan’s kingdom coincided with a rise in Russia’s power in Southern Caucasus. With the support of Treaty of Georgievsk, the Maliks unleashed separatism again. Those Maliks joined the Russian troops and launched a campaign against Karabakh. Among those troops there were soldiers of Irakli the II, the army of the Tsarist Russia and two Maliks of Karabakh. However in 1787 because of the Russia-Ottoman war, the Russian army got called back, and the campaign cancelled. Ibrahimkhalili was not as skillful as his father Panahali. Panahali has achived the centralization of khanaties and did not ever give a single chance to Maliks. During the kingdom of Catherine II, there were plans referring to Karabakh, with the leading role of Q.Potyomkin it was planned to take away the power from Ibrahimali and giving it to Maliks. But ibrahimlali succeeded to get the letter of Maliks written to Patyomkin. By disclosing of betrayal Ibrahim Khan locked up all Maliks in Shusha castle. After this event he started to strengthen Shusha. By knowing that, after the occupation of Karabakh with the support of Russia, the power would be giving to Maliks, Ibrahimali made a maneuver. He sent a letter to Catherine II through Patyomkin. In the letter Ibrahimali told her about his will of acceptance of being under the Russian protection. This letter saved him. The campaign against Karabakh got cancelled. For keeping the power in his hands, in 1805 Ibrahimali signed the “Kurekchay” treaty with Russia.  According to the treaty internal policy was independent, but foreign affairs were up to Russia to deal with. Armenian forgers are acclaiming that, this famous treaty was signed between Maliks and Russia. Whereas Maliks are not even mentioned here and the contract was precisely signed by Ibrahimkhalil Khan. Armenians that had moved to Azerbaijani inhabited territories in Georgia and Irevan in accordance with the previous treaties now after the “Turkmenchay” treaty were mostly settling to Karabakh. There was a monument erected in Marqushevan in 1978 to the honor of 15o years of Armenians settlement in Karabakh.

-The Armenizing of Maliks- was it a Russian policy or a religious issue?

Maliks were Albans. They were representing different kins. There were both with Turkish- and Caucasian origins. With the Islamizing of Azerbaijan, Albans became Muslims and melt in the period of formation and ethnogeny of Azerbaijanis.

Those who conserved the Christianity got assimilated, lost their language and melt among the Armenians that came here as the result of Ottoman-Safavid war.

-Why Russia was that much interested in the establishment of Armenian state in Karabakh?

I would not say that, Russia was only interested in the establishment of Armenia in Karabakh. What did Russia need? The minister of Foreign Affairs of Russia in early 20th century was saying: “We need Armenia without Armenians” if Russia could eliminatethe Ottoman Empire, they would never be any Armenian state in history. Catherine II had acclaimed that Russia had right to Constantinople (Istanbul) and  that, it should be Russia’s. Because of Russia could not win over two Muslim countries it was a fact to establish a Christian corridor between them, for using it as a military base. But Armenians still had the vision of “Great Armenia”. Armenians by committing horrible massacres in Southern Caucasus, Iran Azerbaijan, Eastern Anatolia and other Azerbaijani inhabited lands had purposes as to frighten the local population and make them flee so that they can occupy the abandoned territories. During the world war, big states were supporting this idea of Armenia. I mean that, not only Karabakh, Armenians had claims to other territories as well. The first place that got extorted from Azerbaijan with the support of Russia was Irevan. But they did not manage to establish an Armenian state there. Even though there was created an “Armenian Province” it did not last long and got cancelled. In 1918 at the expense of Azerbaijani lands the Ararat Republic was established. In the summer of 1922, other part of Azerbaijan namely Zangazur was given to Armenia, by Russia. At the expense of Zangilan and Ordubad the Mehri district was established. The next stage was Karabakh.

-Recently Armenians make some propaganda about archaeological excavations on the territory of Karabakh and declare that they have discovered the city of Tigranakert. Could this be possible?

It is impossible. The place of Tigranakert is already known. Both the Russian and world scientists have approved that, Tigranakert is located on bank of the Euphrates and Tigris rivers and it’s discover on the territory of Agdam is nothing more but an Armenian forgery.

-Mrs.Gultekin, we would like to hear your recommends to 1905.az.

I am such a supporter for this kind of web-pages. Firstly we need to create the image of our history and make it come alive in the brains of the youth. You may not be a historian but you must know your history, as Yagub Mahmudov once said: “the person who is acknowledged of his history is as an orphan”. From the point of lightening the dark side of the history I am applauding for 1905.az.

1. Anar Iskandarov: “Armenians created their  image of a miserable nation, but the world defended them” 2. Nazim Mustafa: “Both during the genocide in 1918 and I Garabakh War Armenians attacked from the same directions.” 3. Khojaly – almost 25 years have passed… Boran Aziz: “In general, one of the untouched topics is Khojavand.” 4. Ilgar Niftaliyev: Neither Azerbaijan nor Armenia agreed to grant Nagorno-Karabakh an autonomous status 5. Musa Gasimli: “A quarter of the Azerbaijani population was massacred in Baku in 1918” 6. Vagif Abishov: Books and articles falsifying our history are published in Russia and distributed around the world