Azerbaijan`s Defense Ministry has said the Armenian armed forces continue to violate the ceasefire regime. “The Azerbaijani armed forces came under fire 22 times throughout the day,” the ministry said in a statement. 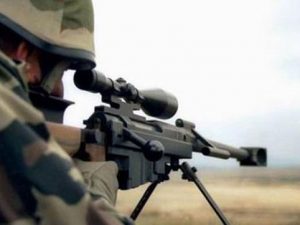 “The Azerbaijani army`s positions came under fire from unnamed hills in Armenian Noyemberyan and Krasnoselsk districts,” the ministry said.

“The Azerbaijani army`s positions also came under fire from the Armenia-occupied districts of Azerbaijan, including Yusifjanli, Marzili villages in Aghdam, Garakhanbayli, Horadiz villages in Fuzuli, as well as unnamed hills in Goranboy, Tartar and Aghdam districts,” the ministry added.