On Reporting the Nagorno-Karabakh Conflict 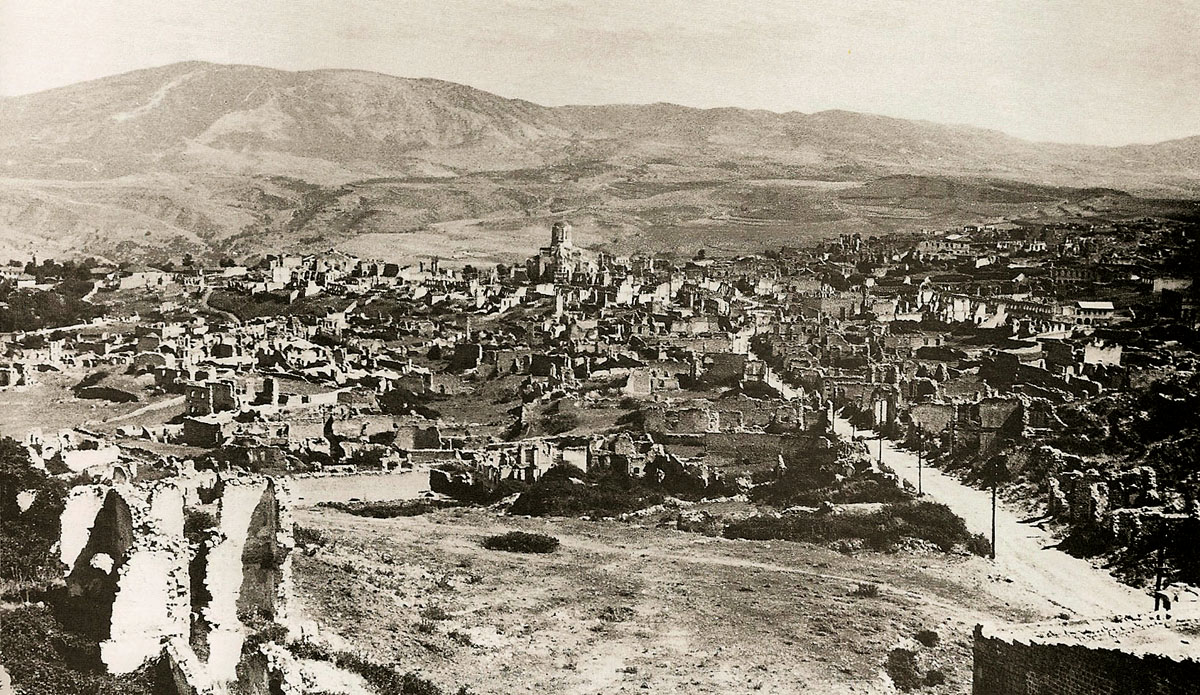 In early August 2014 the British media reported an escalation in the Armenia-Azerbaijan Nagorno-Karabakh conflict. This has brought the conflict, which has been less covered since the cease-fire of May 1994, back to the media’s attention. This blog is intended to shed some light on the role of the British, and the wider Western, media in shaping particular attitudes among the public, as well as policy-makers involved in the negotiation process over this conflict. It is based on analysis of the main premises of over 4,000 reports and analytical commentaries on the conflict by BBC TV,The Guardian, The Observer, The Times, The Financial Times, The Independent and The Economist in the period 1988-2014, including during the ‘hot’ stage of the conflict from 1988 to 1994. It focuses on the media’s interpretations of historical causes of the conflict and juxtaposes these interpretations with relevant historical facts.

The analysis of the media has revealed that: (i) the reporting of the conflict began in February 1988 despite the fact that it actually began in November 1987; (ii) it largely relied either on Armenian sources, or lacked reference to any sources; (iii) most published academic commentaries were by Western academics of Armenian origin and were clearly sympathetic to the Armenian case.

Of particular interest is the media confusion over the time of ‘separation’ of Nagorno-Karabakh from Armenia, as well as the particular wording in describing the background of the conflict, which significantly distorted the historical facts and contributed to the shaping of particular attitudes to the conflict parties among the British public and policy-makers. Here are just a few examples of such problematic and inconsistent premises:

·    Nagorno-Karabakh belonged to Armenia before the 1917 Revolution.

·    Nagorno-Karabakh was part of Armenia from the first century AD to 1923.

·  Nagorno-Karabakh was part of Greater Armenia but in 1921 it was attached to Muslim Azerbaijan by Stalin.

·    After the declaration of Soviet power in Armenia, Azerbaijan decreed that Nagorno-Karabakh should be part of Armenia, but this decision was reversed by Stalin on 5 July 1921.

·    Nagorno-Karabakh has been ruled from Baku since 1922 or 1923, when Lenin transferred it to Muslim Azerbaijan.

So, it transpires that according to some reports the ‘separation’ of Nagorno-Karabakh from Armenia occurred in 1917, while according to others it was in 1920, 1921, 1922 or even 1923. The common premise, however, is the linkage of the ‘separation’ to Soviet national delimitation and Stalin’s personal involvement, in particular. It is worth comparing this to the editorial in 1919 by a British journalist, Scotland Liddell, editor of The Georgian Mail newspaper published in Tiflis, in which he comments on the question of the British, rather than the Bolsheviks, being accused of causing this ‘separation’. In reply to the allegation of the Armenian nationalists that ‘The British Command has lately obstinately endeavoured to annul the whole Armenian question, having forcibly separated from Armenia Karabagh and Zangezour…’, Liddell wrote: ‘The British never “forcibly” removed Karabagh from Armenia: it was separated geographically as it was…’

Similarly, the widely publicised interpretation of the events on 5 July 1921 as the day of ‘Stalin’s decision to separate (our italics) Nagorno-Karabakh from Armenia’ or ‘Stalin’s decision to transfer(our italics) Nagorno-Karabakh to Azerbaijan’ does not pass the test of historical evidence. Thus, the protocol of the session of the plenum of Kavburo (Caucasian Bureau of the Central Committee of the Russian Communist [Bolshevik] Party), which was convened on that day, states:

Taking into account the necessity of national peace between the Muslims and the Armenians, the economic relations between Upper and Lower Karabakh and its permanent relations with Azerbaijan, Nagorno-Karabakh shall be retained (our italics) within the Azerbaijan SSR and broad autonomy shall be given to Nagorno-Karabakh with Shusha city as an administrative centre.

The use of the word ‘retain,’ rather than ‘include’ and reference to the region’s ‘permanent relations with Azerbaijan’ suggest that Nagorno-Karabakh was part of Azerbaijan, and before  the annexation by Russia of the Karabakh Khanate on 14 May 1805, this area of the region was part of the khanate. The latter was ruled and predominantly inhabited by Turkic-speaking Muslims, ancestors of present-day Azerbaijanis.  Among the media’s distorted wording was the repeated use of the terms ‘re-unification’ and  ‘return’ of Nagorno-Karabakh to Armenia as well as the use of the term ‘enclave’ in relation to Nagorno-Karabakh, which geographically and historically had been part of the territory of contemporary Azerbaijan.

The linking of ‘separation’ to 1923 is also factually inaccurate. What in fact happened then was the decision on 7 July 1923 by the Azerbaijani Central Executive Committee to form  the Nagorno-Karabakh Autonomous Oblast  with its centre in Khankandi and the decision  on 18 September 1923 by the Karabakh Oblast Committee of the Azerbaijani Communist [Bolshevik] Party to change the name of Nagorno-Karabakh’s centre from the Azerbaijani name ‘Khankandi’ into the Armenian name ‘Stepanakert’, in honour of Stepan Shaumian,  a Bolshevik of Armenian origin, who played a central role in the Bolshevisation of the Caucasus.

The above analysis highlights the issue of the reliability of the sources used by the media reporting on the Nagorno-Karabakh conflict (as well as possibly other ethno-territorial conflicts worldwide), and the ongoing political and public implications for the understanding of the true nature of the conflict and its settlement.

Armenian crimes against humanity and war crimes against the Ottoman Turkish and Kurdish populations of eastern and southern Anatolia during World War I and its aftermath have been forgotten amidst congressional preoccupation with placating the vocal and richly financed Armenian lobby.

Thomas Gorltz: Shusha is a historic center of the Karabakh region of Azerbaijan 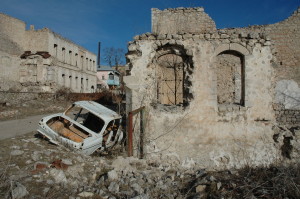 May 8, 2013, marked 21 years since the occupation of the town of Shusha, a historic center of the Karabakh region of Azerbaijan, by the Armenian armed forces.

Nagorno Karabakh: Getting to a Breakthrough

Nagorno Karabakh: Getting to a Breakthrough 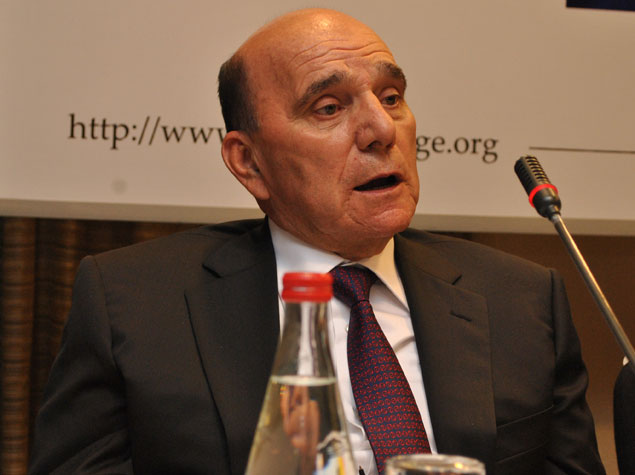 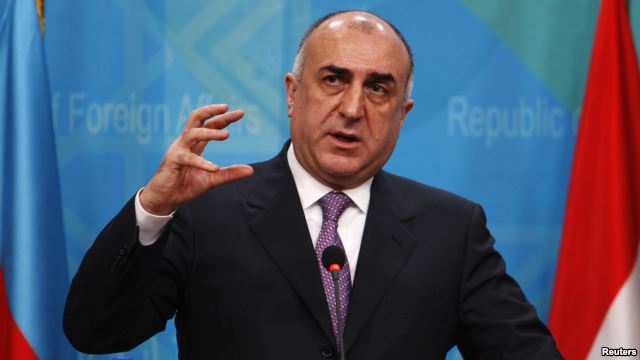 A NEW WAY FOR THE CASPIAN REGION: COOPERATION AND INTEGRATION