President of the Republic of Azerbaijan Ilham Aliyev has received Secretary General of the Cooperation Council of Turkic-Speaking States Baghdad Amreyev. 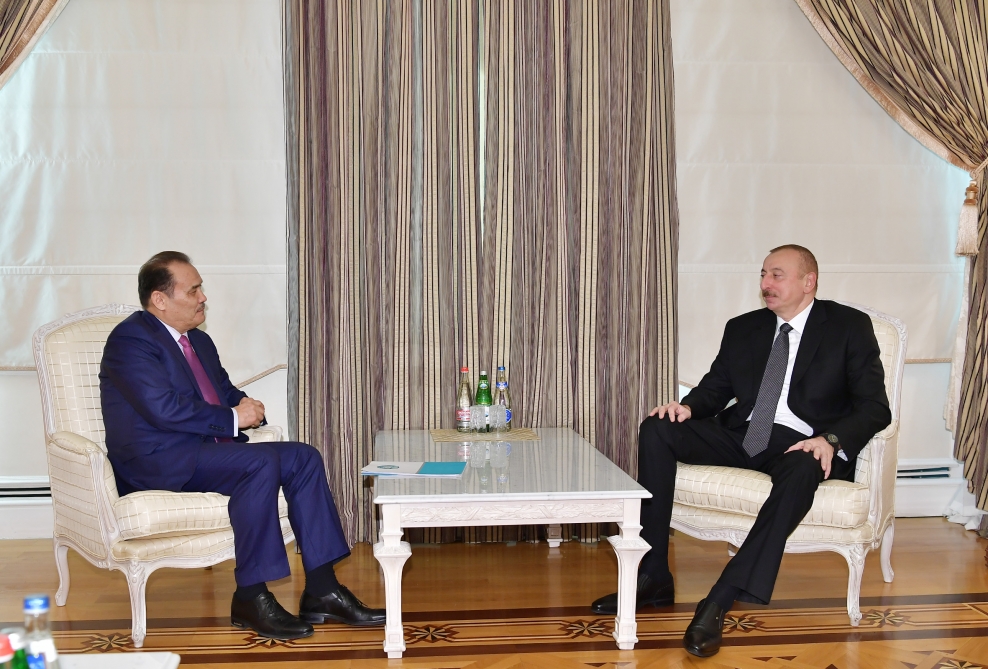 – I am glad to see you again on the eve of an important event, the regular summit of the Cooperation Council of Turkic-Speaking states. It is a good opportunity to discuss the final touches of preparations for this important event. We are preparing very actively. I am sure that the summit will be held at a high level and discover new frontiers of cooperation among our states.

Over the past several years, the geography of our cooperation has expanded. We are very pleased that fraternal states are joining our initiative. This will be an anniversary summit. Ten years ago, we decided to set up the Cooperation Council in the ancient Azerbaijani city of Nakhchivan. I remember in great detail all the aspects of this important decision. You know that this is not the first time Azerbaijan has received the heads of fraternal states. Therefore, I am sure that the organizational side will be at a high level and substantial. In anticipation of this important event, we need to discuss the last stages of preparations for the summit so that it is successful and consolidates our countries even more.

– Mr. President, thank you for the welcome. The summit is indeed approaching. I had a great need to report to you on what is being done and what we still need to do in the time left for the summit. First of all, I would like to say that Azerbaijan occupies a special place in the process of Turkic unity. It was on Azerbaijani soil that the Nakhchivan agreement was signed. It is in Baku, also on Azerbaijani soil, that you are hosting the anniversary summit. The first 10 years of the Turkic Council were a period of formation, as it were. Thanks to your political will and the important decisions on the formation of Turkic unity you have made, we have now completed the period of formation, the institutional formation. Now we are moving on to the next stage – the stage of greater integration.