The Azerbaijani community of the Nagorno Karabakh region of the Republic of Azerbaijan has issued a statement on the 27th anniversary of the occupation of Shusha by the armed forces of Armenia. 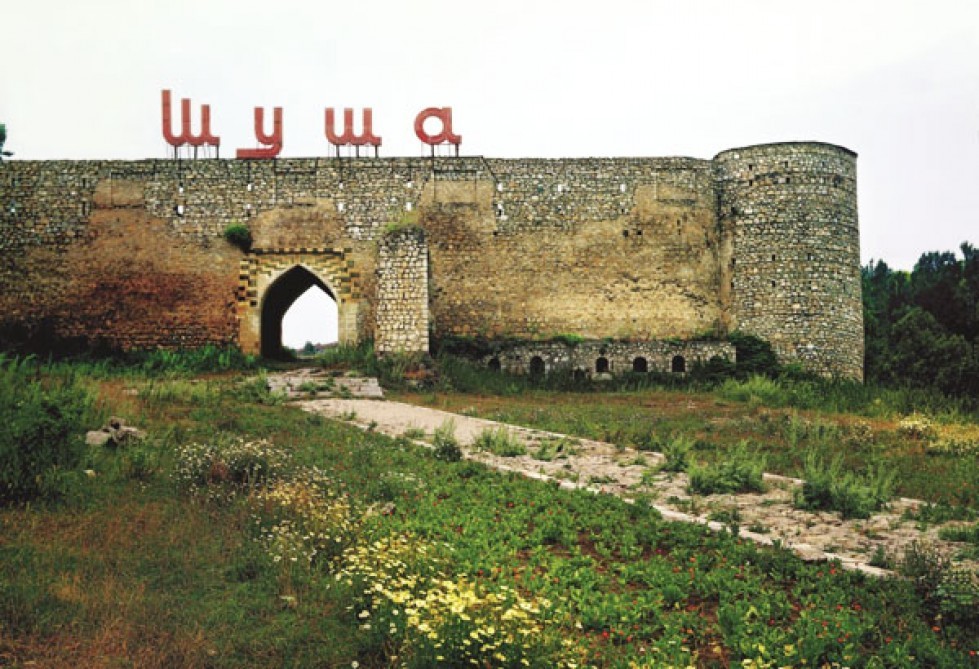 Commentıng on the statement, Deputy Chairman of the Coordination Council of the Azerbaijani Community of the Nagorno-Karabakh Region of the Republic of Azerbaijan, professor Elchin Ahmadov has told AZERTAC that Armenians, falsifying the historical lands of Azerbaijan over the past two hundred years, in order to create a “Great Armenia”, committed genocide, terrorism, deportation and ethnic cleansing against the people of Azerbaijan in 1905-1906, 1918-1920, 1948-1953, 1988-1993.

“In the second half of the 80s of the 20th century, Armenia made territorial claims against the Nagorno-Karabakh region which is an integral part of Azerbaijan. At the same time, on December 1, 1989 the Soviet Socialist Republic of Armenia violated the sovereignty of Azerbaijan Soviet Socialist Republic, adopted the decision, joining the NKAO to the Armenia SSR which was contrary to the Constitution of Azerbaijan. In 1988-1992, the armed forces of Armenia occupied over 30 settlements in Nagorno-Karabakh where Azerbajanis lived. On February 26, 1992 Khojaly genocide which happened in the eyes of the whole world, was a bloody and memorable page of this aggressive policy.

At the end of the 20th century Armenia, creating mono-ethnic state, occupied Nagorno Karabakh and Lachin, Kalbajar, Aghdam, Fuzuli, Jabrayil, Gubadli, outside of the Nagorno Karabakh region and nowadays 20 percent territory of Azebaijan are under the ocupation. All these territories underwent ethnic cleansing from the Republic of Armenia. As a result of this occupation more than one million Azerbaijanis became IDPs from the occupied territories. In consequence, the occupation policy pursued by Armenians was accompanied by massacres, 20 000 Azerbaijani died, 50 000 persons became disabled getting injuries of various degrees.

Among these crimes 27 years ago – on May 8, 1992- as a result of the military aggression of the armed forces of Armenia Shusha an ancient centre of culture of Azerbaijan and its 30 villages were occupied and destroyed, 195 civilians were killed, 165 wounded, 43 lost, there is no information about the fate of 58 people. As a result of Armenian occupation 25 schools, 31 libraries, 20 healthcare institutions, 17 clubs, 4 colleges, 7 kindergartens, 4 cinemas, 5 cultural and recreation parks, 2 branches of the institutes, 2 sanatoriums tourist bases, 2 hotels, the branch of Azerbaijan State Carpet museum, Shusha State Theatre, Shusha Television, State Art Gallery, the factory of East musical instruments, Children’s Health Center were plundered, burnt and destroyed. At the same time, illegal actions taken by Armenia in occupied lands of Azerbaijan illegal visits, events held for the sake of the image, settlement policy and intentional change of demographic composition, especially the looting of tangible and cultural heritage belonging to the Azerbaijani people in Shusha means violation of all international and humanitarian law.

170 architectural monuments and 160 historical and cultural monuments in Shusha have been destroyed, also historic monuments, mausoleum and mosques have been insulted, and many rare manuscripts have been destroyed. Among them were Shusha and Shusha kand Stone box graves, the end of the Bronze age and the beginning of the Iron age, the Stone Age monument Shusha cave camp, the walls of fortress of the 18th century, Ganja gate, the palace and library of Panah khan of Karabakh khans, tower and castle of Ibrahim Khan, the Khan palace and caravanserai, as well as home museums of prominent personalities playing a special role in the history of Azerbaijan and other historical and cultural samples have been plundered, destroyed. Generally, in 1988-1993 as a result of Armenia’s military aggression historical, architectural and religious monuments of Azerbaijan, including more than 600 historical and architectural monuments, 144 temples and 67 mosques were completely destroyed by the armed forces of Armenia. At the same time, 40 thousand exhibits of 22 museums, 4,6 thousand books and valuable historical manuscripts from 927 libraries, were destroyed as well as precious examples of historical heritage of Azerbaijan were stolen from museums and later sold at different auctions.

On the 27th anniversary of the occupation of Shusha by the armed forces of Armenia, more than 80,000 Azerbaijanis of Nagorno-Karabakh region of the Republic of Azerbaijan as well as 34,000 Azerbaijanis of Shusha district urge international community to support our country’s justified position in achieving objective political and legal assessment of the ongoing acts of aggression against the Azerbaijani people.

We urge the international community and international organizations to put an end to the destruction of the historical, architectural and religious monuments of Azerbaijan, and this occupation. We demand from all international organizations to carry out humanism ideas, and take effective measures in order to expose the occupation policy of Armenia. At the same time, the voice of more than one million people be heard, and that for the restoration of the violated rights of the Azerbaijanis, the criminal acts of Armenians be internationally condemned. It is important to note that the United Nations Security Council resolutions 822,853,874,884 determine territorial integrity, sovereignty and inviolability of borders of Azerbaijan, it conferms that Nagorno Karabakh is an integral part of Azerbaijan, it also demands withdrawal of all occupying forces from ccupied territories immediately, completely and unconditionally.

However, despite four resolutions of the United Nations Security Council, the Non-Aligned Movement, the documents adopted by the Parliamentary Assembly of the Council of Europe, the Organization of Islamic Cooperation and other international organizations, due to the occupation policy of the Republic of Armenia the conflict has not been settled within the territorial integrity and sovereignty of our country. We believe that the fair settlement of the conflict is possible after the withdrawal of the armed forces of Armenia from the occupied territories and returning of more than 80,000 Azerbaijanis expelled from the Nagorno-Karabakh region of Azerbaijan to the native lands. We believe that the Armenian and Azerbaijani communities of Nagorno-Karabakh will live in peace and reconciliation within the borders and territorial integrity of Azerbaijan. Only in this case, sustainable and fair peace can be provided in the region,” the statement says.