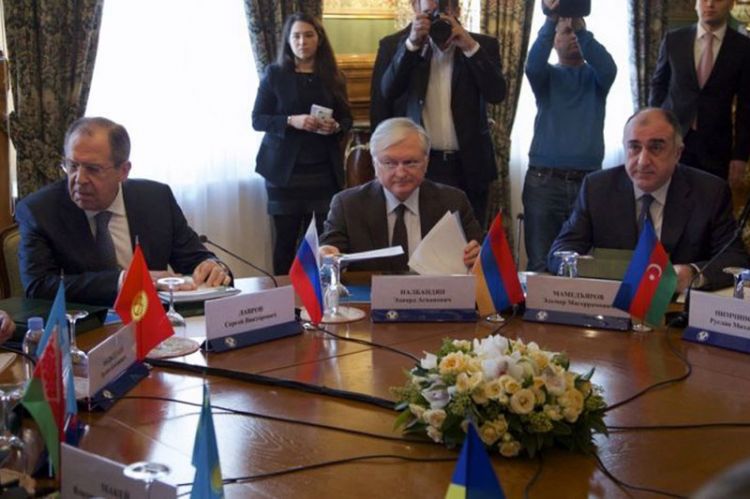 A trilateral meeting of Azerbaijani, Russian and Armenian FMs has kicked off in Moscow.

Organized by the Russian Foreign Ministry, the meeting focuses on the settlement of the Nagorno-Karabakh conflict.