The Shaddadid dynasty, who played an active role in the military and political history of Azerbaijan and neighboring countries, was in power in the Southern Caucasian emirates of Ganja, Nakhichevan, Dvin, and Ani from the mid pf the 10th century until the end of the 12th century. Using the difficult situation in the Salarid state in 951, the founder of the Kurdish Shaddadid dynasty Muhammad bin Shaddadid, as well as his sons Abulhasan Ali Lashkari and Fazl expanded the struggle for the lands possessed by the Salarids. 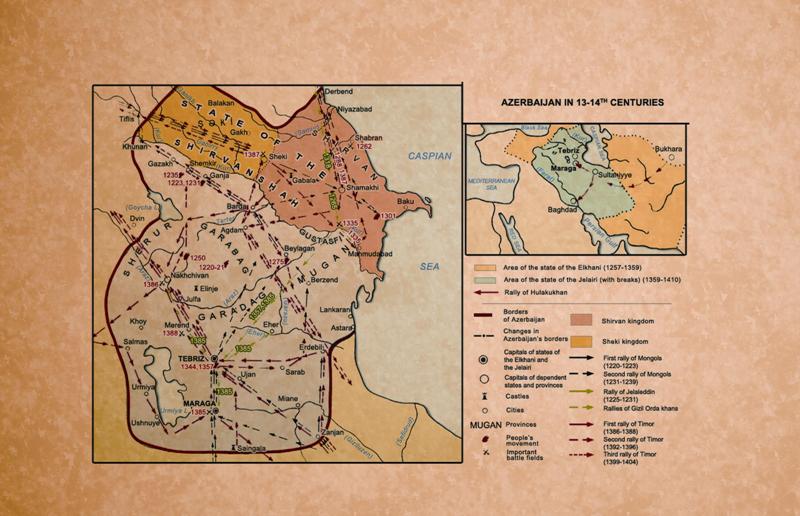 The abolition of the Albanian Arshakid dynasty by the Sassanids at the beginning of the 6th century created a foundation for a new entity ruled by the sovereigns titled the Shirvanshahs in the ancient Shirvan land, as well as in the basin of the rivers of Shabranchay and Gilginchay. Its northern border was Derbent. 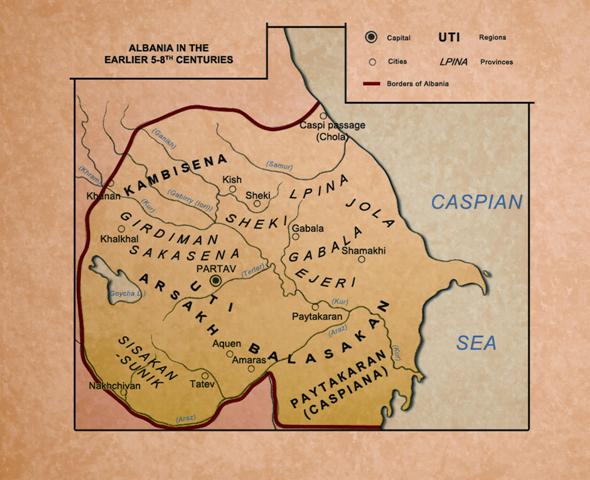 It is considered that Albania as a state existed in IV -III centuries BC. It bordered with the Caucasian Mountains in the north, the Caspian Sea in the east, Iberia in the west, Armenia in the south-west, Atropatene in the south. It means that the territory of the ancient Albania included the present-day Republic of Armenia, a large part of the present Republic of Armenia, southern part of the Republic of Daghestan (Russian Federation), the valley of the Alazani and Iori rivers in Georgia. According to the antique, Albanian and other sources, 26 tribes settled in Albania. 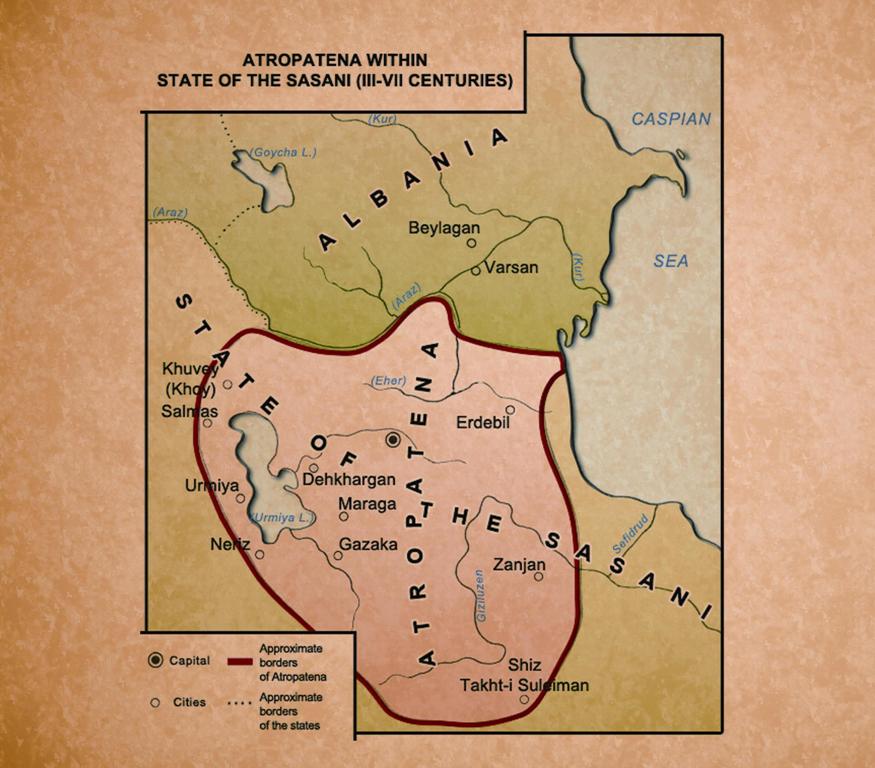 Established by Atropat in 321 BC. Officially its name was Media, which was frequently referred to by the ancient sources as Atropatene based upon the name of its founder. 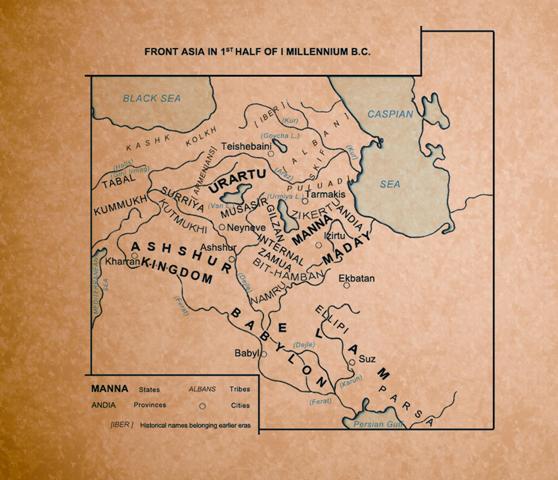 According to the ancient Oriental sources, the birth of the Scythian kingdom in the 670s BC was an important factor in the military and political life of the Near East for several decades. Scythia covered a territory between the River Kura and the Mannaean lands around Lake Urmia. In the 590s BC, the Scythian kingdom was a formidable force. It had a relatively stable area in Azerbaijan and existed at least 80 years. 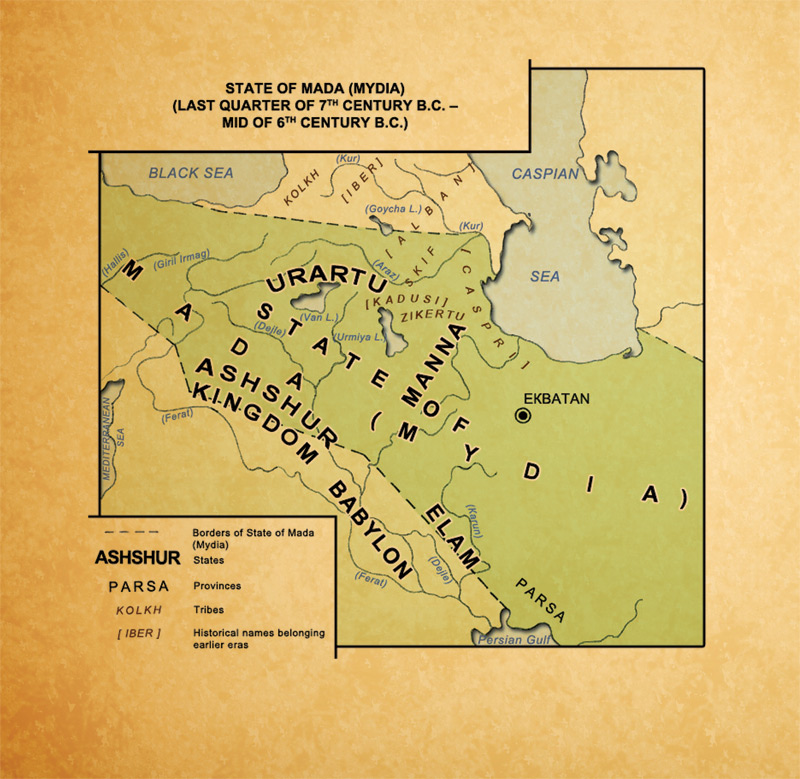 The Median tribal confederation emerged in the provinces east and south-east to Mannaea. As a result of a strong national uprising led by Kashtariti, the Assyrians were driven out of Media and the kingdom of Media was established. Having conducted a range of reforms in the army, King Cyaxares launched large-scale invasions.