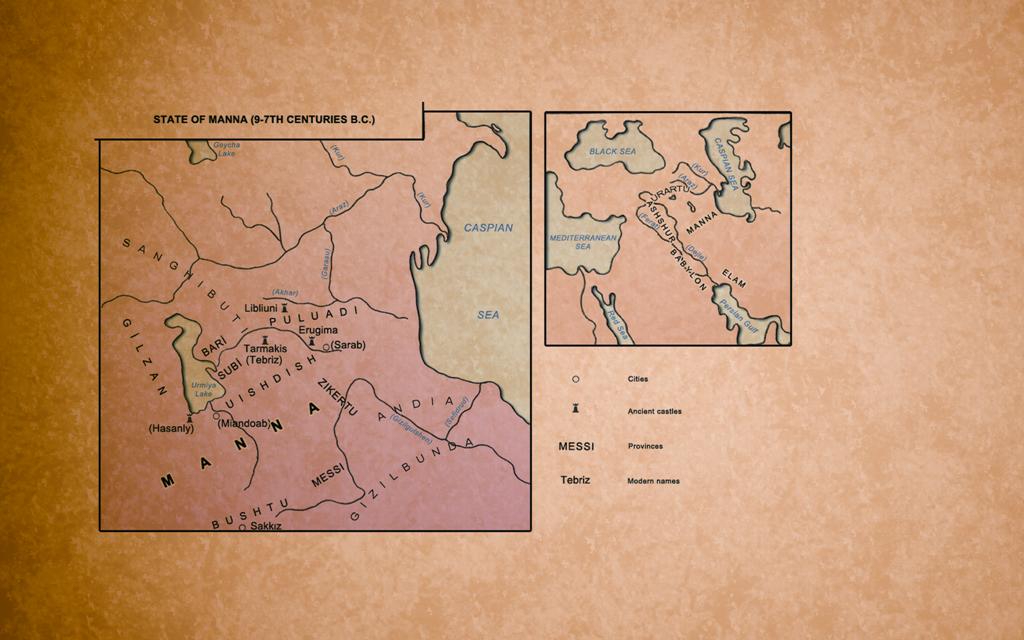 The name of Mannaea was first mentioned in an Assyrian chronicle in 843 BC. The Mannaeans strove to maintain their independence on the background of persistent struggle between Assyria and Urartu for seizing the lands around Lake Urmia. The Mannaean kingdom flourished during the reign of Iranzu. Having turned into a superpower in the ancient East at the end of VIII and in the beginning of VII centuries BC, Mannaea covered the lands around Lake Urmia and most of the basin of and southern areas from the River Giziluzen. In the mid of the 7th century BC Mannaea declined and was conquered by the Medes in 590 BC. Its capital was Izirtu.

The Qaraqoyunlu Oghuz tribes, who took part in the formation of the Azerbaijani people in VI -VII centuries, participated in the military and political life of this state. 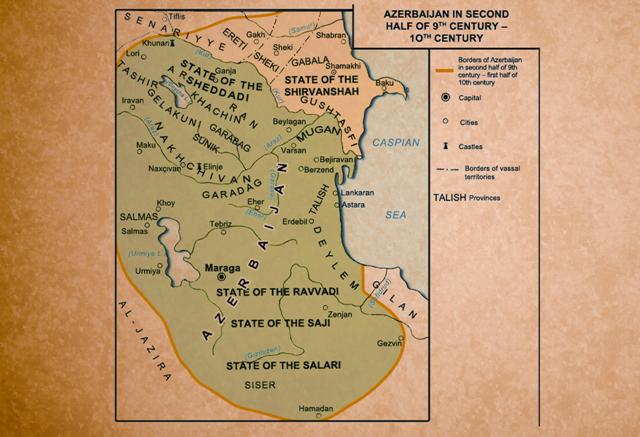 The decline of the Arab Caliphate at the end of the 9th century led to the establishment of independent and semi-independent states in the territory of Azerbaijan. During that period a new state founded by the Sajid dynasty emerged in the south (898-941). It was established by Muhammad ibn Abi’l-Saj Diwdad, Caliph`s Turkish commander originally from Ushrusana. The most peominent representative of the Sajids was Yusuf Ibn Abi’l-Saj, who managed to unite all the Azerbaijani lands within an independent state for the first time. The areas from Ani and Dvin in the west to the Caspian Sea in the east, from Zanjan in the south, to Derbent in the north became subject to the Sajids. In 941, Marzuban ibn Muhammad, son of the ruler of Daylam from the Salarid dynasty, put an end to the reign of the Sajids over Azerbaijan. Its capitals were Maraga and Ardebil.