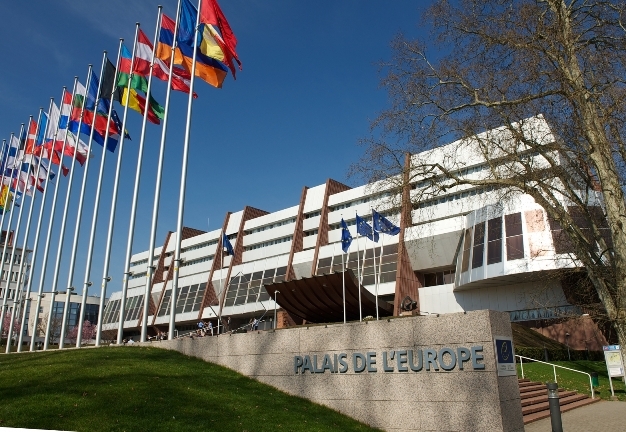 What follows is a recent, firsthand account of new and historically significant developments at the Parliamentary Assembly of the Council of Europe. We are pleased at the opportunity to carry this important recollection here.

(Strasbourg, January 30, 2016) Two draft reports, related to Nagorno-Karabakh and other territories of Azerbaijan occupied by Armenia, were debated and put to the vote during the winter part-session of the Parliamentary Assembly of the Council of Europe (PACE) in Strasbourg. Both reports were the result of motions tabled by Elkhan Suleymanov, who has been fighting in Strasbourg for two years to have the forgotten issue of occupied Nagorno-Karabakh and adjacent territories back on the international agenda.

The first draft report on escalation of violence at the front line was narrowly not adopted, as many MP’s gave in to the Organization for Security and Cooperation in Europe (OSCE) argument that this item is only under their responsibility, not PACE’s. The OSCE Minsk Co-Chairs indeed sent virulent open letters and press statements to Council of Europe parliamentarians, never seen before, “warning” them not to interfere in what they call “their business”.

Many MP’s, under the impression of so much pressure by the administrations in Washington, Paris, and Moscow, eventually did not take a standpoint at all. This was reflected in the voting result, where not less than 45 MPs abstained, a unique number of abstentions in PACE’s history. It is of course regrettable for both parties in the occupation, Azerbaijan and Armenia, that PACE turns a blind eye to the escalation of violence at the line of contact at the front, as almost on a daily basis military and civilian casualties are noted, on both sides.

As the Armenians – obviously supported by the OSCE Minsk Group administrations in their attempt to silence the discussion in PACE – were mainly focusing on the first report on the escalation of violence at the line of contact, calling both parties to take up responsibilities to find solutions, all of them gave less attention to the second report. But the Armenians would strongly regret that mistake afterwards.

The second report, also initiated by Elkhan Suleymanov, was indeed of a different nature. This report clearly puts full and sole responsibility on the Armenian authorities as aggressor, and identifies Azerbaijani citizens as the victims of Armenian aggression.

The Resolution points at Armenian authorities abusing the water of the Sarsang basin and bad condition of the dam and irrigation canals as an environmental aggression, a hostile act aiming at creating environmental disaster for the citizens of Azerbaijan living in the Lower Karabakh Valley:

“Par. 7.2 The Assembly requests the Armenian authorities to cease using water resources as tools of political influence or an instrument of pressure benefiting only one of the parties to the occupation.”

At the same time, and clearly the most important part of this adopted Resolution (No. 2085 (2016)), PACE clearly identifies “Armenia as occupier of Nagorno-Karabakh and other adjacent areas of Azerbaijan”, and PACE adopts the official “request for the immediate withdrawal of Armenian armed forces from the region”.

Moreover, the Parliamentary Assembly of the Council of Europe did not include any part in the adopted text which goes against the interest of Azerbaijan, as all 21 amendments tabled by Armenia were defeated by a landslide majority, or eventually withdrawn. In the newly adopted Resolution, there is no longer any mention of “separatist forces” who “are in control”, as it was mentioned in the previous Resolutions, which became a classic reference in this matter.

Since the 2016 adoption of this Resolution, the Parliamentary Assembly of the Council of Europe is indeed finally stating – beyond any ambiguity! – that “Armenia is occupying Nagorno-Karabakh and other adjacent areas of Azerbaijan”.

This standpoint being considered in paragraph 4 of the draft Resolution made Armenians boil with rage during the debate, as they perfectly understood the terrible range of this paragraph, and the political consequence for their future position, but the Assembly voted the related Armenian amendment – to delete that paragraph – down with 109 votes to 37, and 36 abstentions.

This Resolution’s text as a whole was eventually adopted in the Plenary Chamber by 98 votes in favor, 71 against and 40 abstentions. Since January 26, 2016, this Resolution carries official number No. 2085 (2016) and can be found in the category “Adopted texts” on the PACE homepage. This new Resolution is from now a final, unchangeable, and official document by the Parliamentary Assembly. This new 2016 Resolution serves as legal support for any Azerbaijani stakeholder or friends of Azerbaijan as a new legal reference in any debate in any format.

Compared to all so-far existing Resolutions on matters related to Nagorno-Karabakh, whether by PACE, UNSC, EP or OSCE, it is crystal clear that this initiative has finally led to the strongest and fairest official international standpoint in the history of the occupation of Nagorno-Karabakh and other territories of Azerbaijan by Armenia.

In addition, in this 2016 Resolution, PACE is no longer officially calling on Azerbaijan to establish contact with the so-called “political representatives” of the so-called separatists, to discuss with them “the future status of the region”, and in particular to do that “without preconditions”. The new Resolution is not mentioning this at all, and is putting full and sole responsibility for aggression on the Armenian authorities, without any ambiguity.

Azerbaijan can now rely on a new, very strong and clear Resolution, today archived as official PACE No. 2085 (2016) Resolution, reflecting a fair and fresh, additional and clarifying official position by the Parliamentary Assembly of the Council of Europe.

Thus, on January 26, 2016, it was officially confirmed by the Parliamentary Assembly of the Council of Europe by adopting that Resolution, specifically in paragraph 4, that Armenia is occupying Nagorno-Karabakh and other adjacent areas of Azerbaijan, and the Assembly is expressing a clear request to Armenia to withdraw immediately their armed forces from the region.

During the last months, all Armenian communities and diasporas, including political and religious leaders, media stakeholders, international civil society, opposition parties, all their diplomats all over Europe and US were mobilized against both these reports.

Nevertheless, on January 26, 2016, around noon, the final voting result lighted up on the big screens in the Plenary Chamber, more than 200 MPs participating in that vote, the Resolution was largely adopted, and thus the victory finally and definitely confirmed. For Azerbaijan, after 11 years of complete silence, this newly adopted 2085 (2016) Resolution is most welcome!

In the meantime, this new Resolution is already getting many reactions from different European sides. It obviously served the cause of Azerbaijan, having for last two years the occupation of Azerbaijani territories by Armenia again under the full attention of the international community, in particular since the OSCE Minsk Group Co-Chairs haven’t made any progress in 21 years.

This Resolution has indeed raised international awareness for the ongoing injustice, and is finally clarifying, after so many years, that all this is not about a so-called frozen war. This initiative resulted in a Resolution, officially confirming that for all these years, this is clearly about one neighbor state – Armenia – occupying territories from another neighbor state – Azerbaijan – through armed aggression, thus against all international law principles.

Moreover, thanks to this new Resolution 2085 (2016), the international community and particularly European community is realizing that not only Nagorno-Karabakh but also seven other territories of Azerbaijan are suffering from the unjustified and unlawful armed occupation by Armenia.

We express sincere hope that this victory will give new hope to Azerbaijan and will be a contribution to the freedom of all occupied Azerbaijani territories!