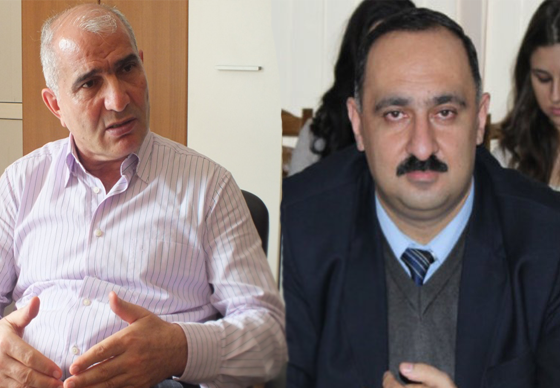 The Treaty of Moscow signed on March 21, 1921 between the RSFSR and the Turkish Grand National Assembly. Article 3 of the treaty deals with Nakhchivan. On the basis of this document, fresh negotiations were launched in Kars in September 1921. The Treaty of Kars was signed on October 13 between Turkey on one side and Azerbaijan, Armenia and Georgia on the other side with participation of the RSFSR. The Turkish side was represented by Kazim Karabekir Pasha.

We must pay attention to the important provisions of the document. Some historians believe that the treaty should have been signed between the different republics. But I think that this is not the right approach. The format of the agreement can be considered more efficiently. Following its independence, Armenia included a provision on non-recognition of the Treaty of Kars in its constitution. Armenia has terminated the document on its side. However, termination of the document, which is valid for an indefinite period, can happen if it is cancelled by all signatories. If the treaty were bilateral, it would become invalid after Armenia revoked it. However, the document is multilateral and was signed with the participation of Russia. Therefore, the treaty’s validity does not depend on Armenia. The above-mentioned treaties signed in 1921 are seriously elaborated documents. Article 3 of the Treaty of Moscow announced Nakhchivan part of Azerbaijan. The Treaty of Kars stipulated that Nakhchivan was an autonomous region within Azerbaijan. Azerbaijan had a patronage over the region. The sides must stand up against any claims to Nakhchivan.

This is a positive aspect of the treaty. Sometimes, I think whether Turkey could have done anything against Nakhchivan`s falling away from Azerbaijan`s mainland when signing the treaties? Or, could the Azerbaijani delegation have prevented it with solid arguments? But in any case, the document is very important for us even today. In case the issue I just mentioned had been raised and solved back then, the document`s significance for us would have been higher. Unfortunately, Nakhchivan was cut off from the main territory of Azerbaijan as some of our lands were granted to Armenia. In fact, there was a big political issue. With incorporation of a portion of the Azerbaijani lands into Armenia, the territorial integrity and communication of the Turkic peoples got broken.

Ilgar Niftaliyev (PhD in History, from the Institute of History of the Azerbaijan National Academy of Sciences.)

The Treaty of Kars is based on the Treaty of Moscow concluded on March 16, 1921 by Turkey and Russia. In accordance with Paragraph 3 of the treaty, Nakhchivan was granted autonomy; this provision was subsequently affirmed by Paragraph 5 of the Treaty of Kars. In fact, the existence of the same regime in Armenia, Azerbaijan and Russia at the time of the Sovietization forced the Armenians to refrain from their claims. They felt that all three countries were part of the same state. The Bolshevik ideology demanded bloody conflicts be ended. Moreover, they could not withstand the pressure from Moscow. Both the Armenian and the Azerbaijani sides had to accept the autonomy of Nakhchivan. Granting the autonomy was related to annexation of part of Zangezur by Armenia. In such circumstances, granting the autonomy was the only way to maintain Nakhchivan within Azerbaijan. The most interesting part is that the Turkish troops were stationed in Nakhchivan when the issue was discussed in Moscow. They could have easily incorporated the territory into Turkey, having not accepted the status of autonomy for Nakhchivan. The Turkish side did accept in order to obtain a border with Azerbaijan. The Treaty of Kars is an international document with no expiration date. The Armenian side claims that the treaty was terminated on March 19, 1945 when Stalin unilaterally broke the relations with Turkey. But it is not the case. The treaty is permanent and valid. In 2011, Turkey and Russia marked the 90th anniversary of the Treaty of Moscow. It means that both Russia and Turkey recognize the document, and it is still valid.

This article includes passages from the interviews of the abovementioned historians (Karim Shukurov: “Tsitsianov`s decapitated body was buried in Tbilisi”) and (Ilgar Niftaliyev: Neither Azerbaijan nor Armenia agreed to grant Nagorno-Karabakh an autonomous status) to the 1905.az website.