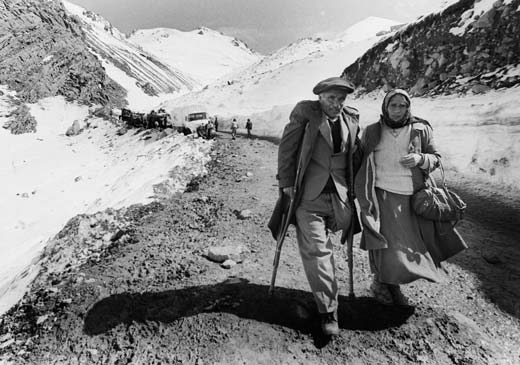 –By hitting financial situation of church-sponsored political organizations, the law on transferring church lands to the disposal of the Ministry of Land and Property of Russia led to expansion of the Armenian terrorism and to escalation of anti-Turkish and anti-Muslim sentiments.

The Armenians committed disorders and terror acts on following dates and in following cities:

–By committing armed attacks and ethnic cleansing against the Azerbaijanis living in Baku, Erivan, Nakhichevan, Zangazur, Karabakh, Ganja, Tiflis, the Armenians strove to achieve numerical superiority in those areas.

– The Armenian-Muslim massacres ignited by the murder of one Azerbaijani by the Armenian Committee members took place not only as a result of a coincidence as claimed by many historians, but in a planned manner in the city, where wealthy Armenians were gathered. The Armenians were confident that they would achieve their goal with the help of the Armenian millionaires, take control of Baku oil deposits, create the Armenian state after forcing the Muslims out of the South Caucasus.

– During the brutal massacres that resulted in thousands of victims on both sides in Baku, the Armenians failed to achieve their goals and were defeated.

– The Armenians committed massacres in Erivan.

– Three Muslims were seriously wounded in Jahri village of Nakhchivan province, one Muslim was killed in Tunbul village on May 7; the events re-escalated the conflict.

– Massacres broke out in Yerevan after the young Muslim people were assaulted in Garsachay garden.

– Although massacres in Yerevan were stopped, the Armenian decided to attack the adjacent Muslim villages. On the same evening, the Gozajik village of Girkhbulag province became the target of the Armenian assault.

– An Armenian regiment of 10,000 attacked the Mangus village. The residents of the destroyed 12 Muslim villages fled to Tezekend.

– The Armenians attacked the Gulluja village. The unarmed population escaped to the Tuti, Damagirmez, Kamal villages. The massacres lasted for 18 days.

– The Muslims fled the Ushu village.

– The Armenians destroyed 10 villages in Echmiadzin.

– Many Azerbaijanis (10,000 more than 10-year natural population growth) were murdered in the Erivan Governorate.

– At the initiative of General Governor of Caucasus Vorontsov-Dashkov, a peace conference aimed at stopping the Armenian-Muslim massacre was held in Tiflis. The representatives of Muslim community – Ahmed bey Agayev, Alimardan bey Topchubashov, Adil Khan Ziyadkhanov and others exposed the intentions of Dashnak Party as the mastermind and executor of the massacres and terror acts in the Caucasus, proved indifference of the authorities towards the actions of the party.

– 229 settlements were destroyed by Armenian armed forces in Baku Governorate.

1. Quoting Zaren Karkadyan: “Until 1820 Azerbaijanis lived in 2000 of 2300 settlements on the area of now days Armenia”. 2. The report by Azerbaijani special committee of investigation’s on investigation by him of Muslim villages and Javanshir, Shusha, Jebrail and Zangezur uyezds of Ganja province 3. The 1905 Baku Incidents 4. Luigi Villari: “The Azerbaijani population of Yerevan was richer than the Armenians” 5. Genocide of the turkic-muslim population of the Zangazur uyezd 6. Agdaban Tragedy