More than 3,000 people have been victims of mine and unexploded ordnance (UXO) in Azerbaijan according to rough estimates, Hafiz Safikhanov, chairman of the Public Union “Azerbaijan Anti-Mine Campaign”, told APA on Wednesday. 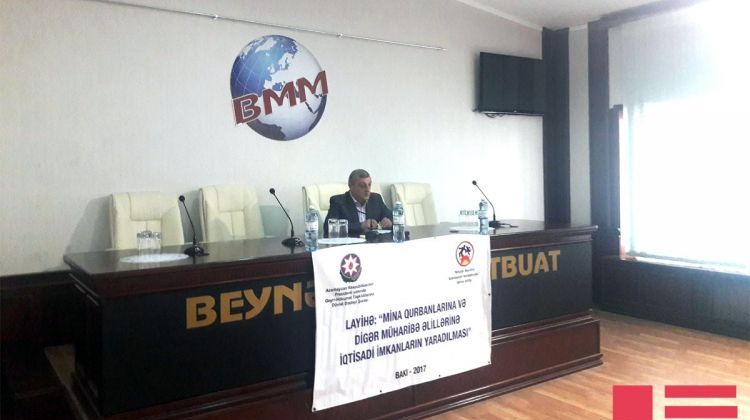 “Out of them, nearly 500 victims died while the others remained alive,” he said, noting that it is difficult to announce a concrete number of victims of mines and UXO in Azerbaijan.

Safikhanov said that so far, the Public Union has rendered psychological and legal support to victims from eight districts.

The public union chairman also provided detailed information about the latest report of the International Campaign to Ban Landmines – a Coalition of organizations against cluster munitions.

He noted that the Convention on Cluster Munitions was signed by 119 countries. “Some 102 countries completed the ratification process.  Seventy-six countries, including the South Caucasian countries, have not yet joined the Convention.”

The report revealed the use of cluster munitions by Syria’s government forces and the Saudi-led coalition forces in Yemen, Safikhanov added.

According to rough estimates, nearly 56,000 people in 33 countries became the victims of these weapons, he said. “The report says that Azerbaijan is unable to join the convention since part of its territory is occupied by the armed forces another country. No facts of manufacturing, use and export of cluster munitions were recorded in Azerbaijan. According to the report, unexploded M095 DPICM and 9M55K cluster munitions were found in two areas after the April 2016 fights.”

“The peculiarity of the cluster munitions is that they appear as mines after their use,” Safikhanov added.