The Nagorno-Karabakh conflict can only be resolved by the parties to the conflict, said Russian Foreign Minister Sergey Lavrov. 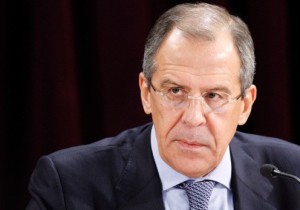 Russia can not have concrete plans for resolving this issue, Lavrov said at a press conference on Friday, summarizing the results of Moscow’s diplomatic activities in 2017, an APA correspondent reported from Moscow.

He noted that Russia, together with the U.S. and France, is doing everything possible to resolve this conflict.

“We have made intensive efforts in recent years in order to summarize all the positions of the parties, identify overlapping approaches, bring them to a common denominator, as well as to offer compromise options on issues they cannot reach common ground.  This work was carried out intensively and consistently last year. The OSCE Minsk Group co-chairs have a common position on this issue, and the parties are aware of that. However, the decision has to be made by the parties,” added Russia’s top diplomat.

Dealing with the settlement of the Nagorno-Karabakh conflict is the OSCEMinsk Group, which was created after the meeting of the CSCE (OSCE after the Budapest summit held in December 1994) Ministerial Council in Helsinki on 24 March 1992. The Group’s members include Azerbaijan, Armenia, Russia, the United States, France, Italy, Germany, Turkey, Belarus, Finland and Sweden.