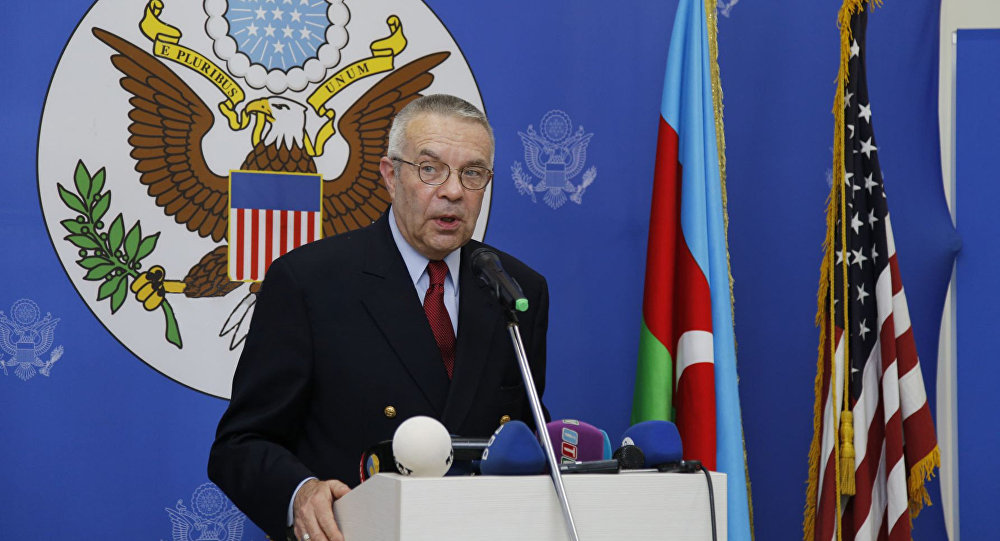 “Taking into account the complicated history of Nagorno-Karabakh, the sides should define its legal future status with mutual consent and legally binding expression of will. A temporary status should be given to an area which is not controlled by Baku and is within the borders of the former Nagorno-Karabakh Autonomous Region, that would at least ensure autonomy and security guarantees”, said the U.S. co-chair.

“There should be a safe corridor that will connect Armenia and Nagorno Karabakh. Nevertheless, it cannot include the whole Lachin district”, Hoagland said.

“The long-term settlement should recognize the right of all displaced people and refugees to return to their former places of residence. The settlement should include international security guarantees which will include peacekeeping measures. There is no scenario where peace can be ensured without well-prepared peacekeeping actions that enjoy the confidence of all sides,” the co-chair added.

The ambassador informed that he will be replaced by Andrew Schofer as a new co-chair of the OSCE Minsk Group.