The newly appointed U.S. Co-chair of the OSCE Minsk Group, Andrew Schofer, has paid a visit to Nagorno Karabakh. 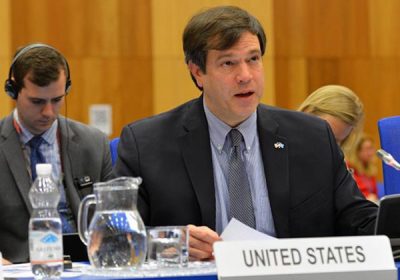 We discussed various issues connected with the conflict, Schofer told the reporters after the meeting.

“I am aware of the conflict. It’s really complicated and for its peaceful settlement we, together with the other OSCE Minsk Group Co-chairs, will continue to pay regular visits to the region,” added the co-chair.

Dealing with the settlement of the Nagorno-Karabakh conflict is the OSCEMinsk Group, which was created after the meeting of the CSCE (OSCE after the Budapest summit held in December 1994) Ministerial Council in Helsinki on 24 March 1992. The Group’s members include Azerbaijan, Armenia, Russia, the United States, France, Italy, Germany, Turkey, Belarus, Finland and Sweden.