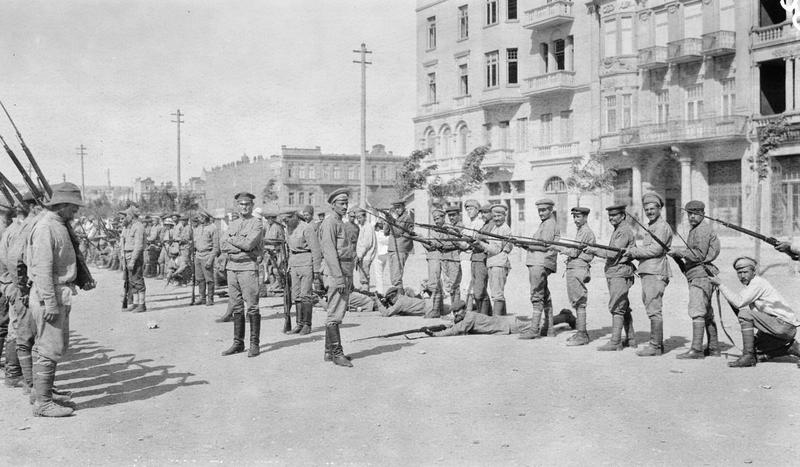 Damien de Martel’s report was sent to the French Foreign Ministry on July 20, 1920.

“…As for these [military] operations, I obtained from witnesses who came back recently from Armenia some information on how the operations are executed,” according to the report. “In the south of Erivan, at the end of last June, the Armenian troops encircled 25 Tatar [Azerbaijani] villages, inhabited by more than 40,000 Muslims [Azerbaijanis]. This population, too close to the capital city to have any designs of independence, had always been quiet and peaceful; they were expelled with cannon shots to the Arax River and were forced to leave their villages, which were immediately occupied by [Armenian] refugees. During this event, about 4,000 persons were put to death, including women and children, drowned by Armenian soldiers in the Arax River”.

On one hand this document evidences that the Armenians requiring help from the French, were urging the French to protect them from the Bolsheviks and even to occupy the ‘historical Armenian lands’ in Turkey.

On the other hand, the commissioner acknowledges the genocide committed against Azerbaijanis, according to the consulate general.