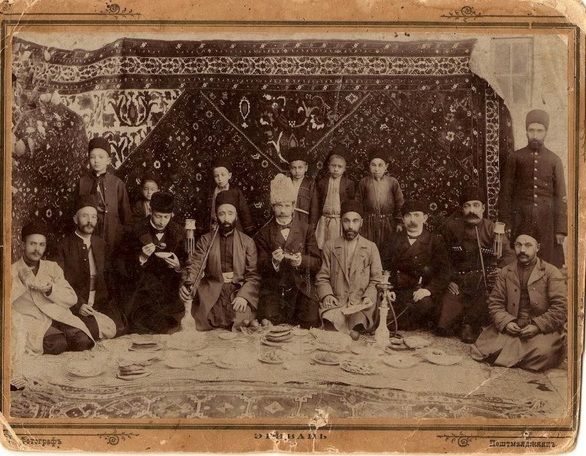 Deportation of the Azerbaijanis from Armenia was an ethic crime. The deportation was carried out with a special brutality by the government agencies.

According to the information of Brockhaus and Efron encyclopedia for the beginning of the twentieth century, Azerbaijanis settled “almost in all the territories of the Russian Armenia”. Their numbers were about 300 million people or 37.5 percent in the Yerevan province. They resided mainly in the rural areas and were engaged in cattle-breeding and carpet weaving. The Azerbaijanis predominated in three of the seven district of the Yerevan province, as well as, in Yerevan. 49 percent of population was Azerbaijanis, 48 percent of population was the Armenians.

Luigi Villari, a traveler, who visited the region in 1905, reported that the Azerbaijani population of Yerevan was richer than the Armenians. Although the majority of the villagers were Armenians, most of the lands were owned by the Azerbaijanis.

It was prepared on the basis of http://www.sultanov.azeriland.com site materials.

1. In the years of 1988-1992 250 thousand of azerbaijani people were banished from Armenia 2. Quoting Zaren Karkadyan: “Until 1820 Azerbaijanis lived in 2000 of 2300 settlements on the area of now days Armenia”. 3. In 1935-1989 thousands of the Azerbaijani toponyms were erased from the map in Armenia 4. Over 90,000 foreign Armenians replaced deported Azerbaijanis 5. The establishment of “Armenian province” and initial deportation of Azerbaijanis 6. Muslims expelled from Iravan and Daralayaz regions were replaced by Armenians brought by Andranik