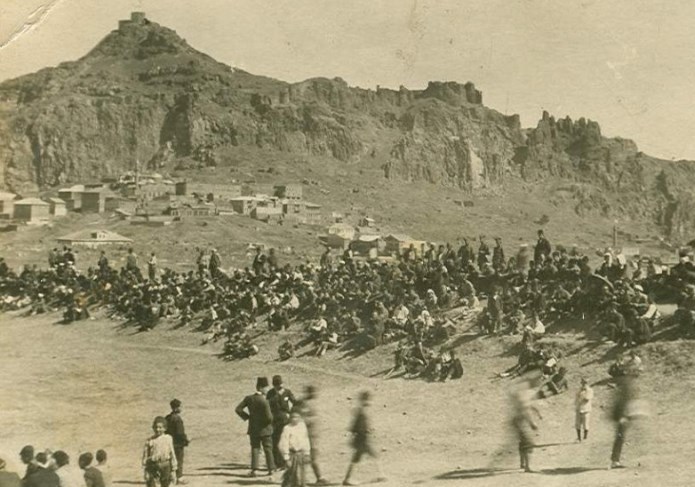 In the early XX century, the best part of the Azerbaijani population were expelled from the present-day territory of Armenia following the ethnic conflict between Armenians and Azerbaijanis and as a result of the ethnic cleansing carried out by Armenian nationalists. In mid 1918, the Armenian armed groups led by Andranik played a significant role in the destruction of the Muslim villages in Zangazur as well as in the ethnic cleansing of the region.

The British command with own political purposes did not let Andranik to spread his activities to Karabakh. Andranik brought 30,000 Armenian refugees from the eastern Anatolia, mainly from Muş and Bitlis. A part of the Armenians from Turkey remained in Zangazur and the rest replaced Muslims expelled from Iravan (Yerevan) and Daralayaz in order to make the key regions of the Armenian state monoethnic.

According to information from the Caucasus Ethnographic Journal under the USSR Academy of Sciences, “the Azerbaijani-populated territories in Armenia are being emptied. The Dashnaks are pursuing the policy of purging “the country from foreigners, primarily, from Muslims” and they are being expelled from Yeni Bayazit, Iravan (Yerevan), Echmiadzin, Sarur-Daralayaz”.

American historian Firouz Kazemzadeh, citing the Armenian historian A. Boryan, wrote that the Dashnak government of independent Armenia in 1918-1920 was created not for the purposes of governance, but to “expel the Muslim population and seize their properties”. The killings of Muslim were extensive on territories previously controlled by Turkey and then seized by the Armenian army.

Prepared by Gunduz Nasibov on the basis of materials of x-uni.com website

1. In the years of 1988-1992 250 thousand of azerbaijani people were banished from Armenia 2. Quoting Zaren Karkadyan: “Until 1820 Azerbaijanis lived in 2000 of 2300 settlements on the area of now days Armenia”. 3. Hypocrisy against Azerbaijan in the European Parliament continues… 4. In 1935-1989 thousands of the Azerbaijani toponyms were erased from the map in Armenia 5. Luigi Villari: “The Azerbaijani population of Yerevan was richer than the Armenians” 6. Azərbaycanın Xarici İşlər naziri ölkəmizdəki diplomatik korpusun rəhbərləri üçün brifinq keçirib