After the World War II the territorial claims of the Soviet Union to Turkey and the active participation of the Armenians in this process led to tragic events in the fate of the Azerbaijanis. 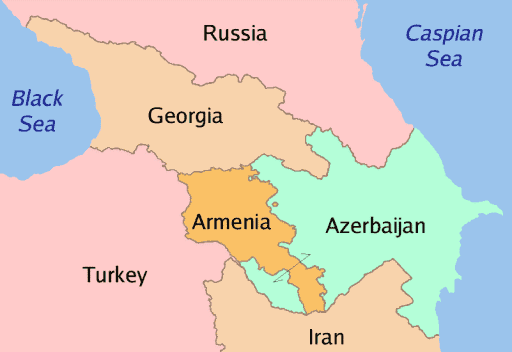 In November 1945, the Political Bureau of the Central Committee of the Soviet Union allowed the repatriation of the Armenians living abroad and an appropriate decision of the Council of the People’s Commissar of the USSR was published in the press.
Such an attempt was the substantiation of the territorial claims of the Soviet authorities to Turkey. After the migration of approximately 360-400 thousand Armenians to Armenia, Stalin wanted to tell the world that the Armenians had returned to their motherland, but there was no land there for them to live.

The foreign minister of the Soviet Union declared the claim of his country to the eastern provinces of Turkey to the ambassador of Turkey to the USSR S. Sarper at the meetings held in Moscow on 7 and 18 June in 1945. The territories, which the USSR wanted to take from Turkey, were measured and mapped, necessary work was conducted to divide those territories between Armenia and Georgia.

However, Turkey’s strong demonstration to protect its territory broke the plans of the Soviet Union. Moreover, the Soviet Union could not transfer the necessary number of the Armenians to Armenia. The number of the Armenians repatriated from various countries to the Soviet Armenia was only 60 thousand in 1947. Moreover, after reviewing the conditions here, the majority of them attempted to flee the country using all opportunities. Even hundreds of Armenians violating state borders fled to Turkey.

In such a case, to improve the living conditions of returnees, to provide them with land, Stalin decided to deport the Azerbaijanis from Armenia on December 23 in 1947. In this case, the houses and farms of the deported were taken away. They were permitted to take only the necessaries of life like those who were once exiled to Siberia and Kazakhstan.