Such an idea has become real owning to a project implemented by the Azerbaijani Free Speech Foundation and sponsored by the Council for State Support to Non-Governmental Organizations under the Auspices of the President of Azerbaijan.

Under the rubric of “Heritage” we shall systematically present the information related to the museums of Karabakh.

The idea of establishing Aghdam Bread museum which is considered to be the second in the world belongs to Sadiq Murtuzayev who held the post of first secretary of party committee of the town in 1982. That year the repairing -restoration began in the mill and was completed in the next year and on 25th of November in 1983 the museum received its first visitors.

The mill where Bread Museum was situated was built at the end of XIX century by Mohammed Garayev who was from the well-known stock of the town. The mill was preserved by the state as a local cultural monument. The inn also included to the complex. During the Soviet period the inn situated in the territory named as” The Yard of Mill” was adapted for dwelling and given to the inhabitants.

In 1987 the mill was brought to everyday use.

The arrangement of the museum was carried out by the group headed by Eduard Krupkin, an expert of the Department for the Artistic Arrangement affiliated with the Ministry of Culture. The delegation was led by the head of the Department of Museums Sariyya Ismayilova.

The museum consisted of three sections 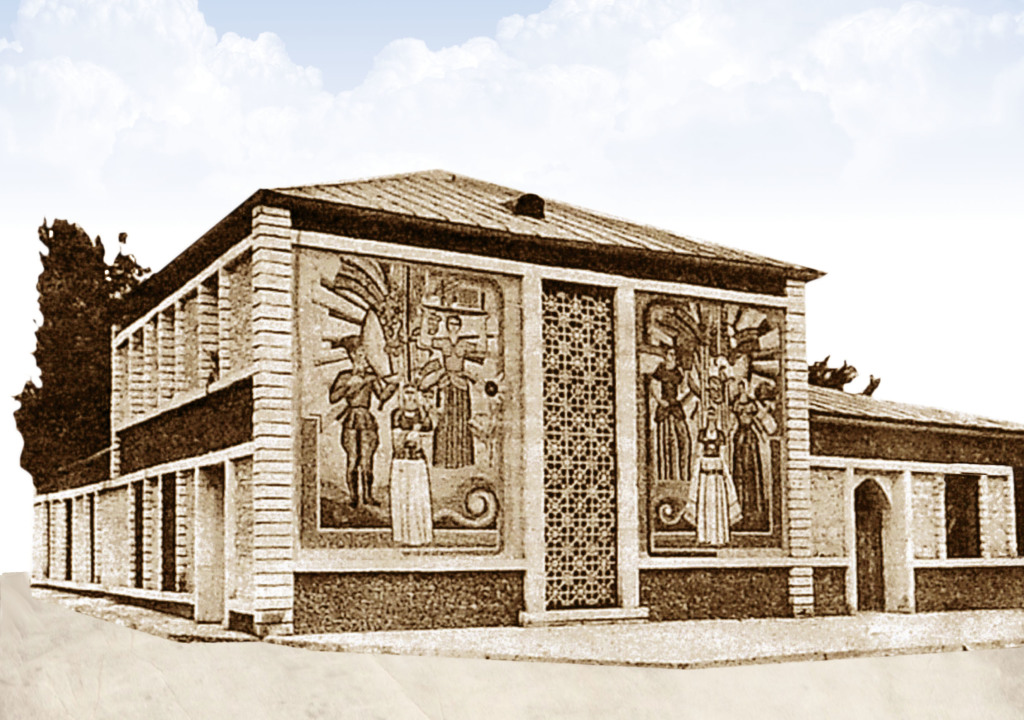 The entry opened straightly to the summer hall. In the middle of the hall a part of which was covered, there was a small fountain. Through the summer hall it was possible to pass to the café of “Sunbul” (“Wheat-ear”) to the kitchen and two small dining rooms.

While entering the hall by turning to the left side you could enter to the exhibition salon. The museum had the second entry too, this entry led to the room of directory. The exhibition salon was high, that was why some part of it was parted to up and down parts. By going up from the left side of the entry door in the antresol part there was a 20 square- meters administrative room and foyer. Through the up of that space there was an entry to the garret of the museum.

In the garret there were kept additional exhibits of the museum.

The size of the first exhibition hall was 80 square-meters and the size of the second hall was 30 square-meters. In the first hall there was also a mechanical mill to be able to grind eight to ten tons of wheat in a day. There was also exhibited a cleaning device named as “Triyer” which was used during the 30th years of the last century. The second exhibition hall was also rich in the interesting exhibits. There were also demonstrated labor tools- wooden plough, threshing board, toothed sickle, reaping hook, hand-mill concerning to II century, and thresher  named as “ charchar”. It was possible to go up to the second storey using wooden stairs on the right side of the mill. There were exhibited productions made of flour including the sorts of bread cooked in Ganja, Nakhchivan, Qarabagh, Georgia, Armenia, Dagestan and Samarkand. 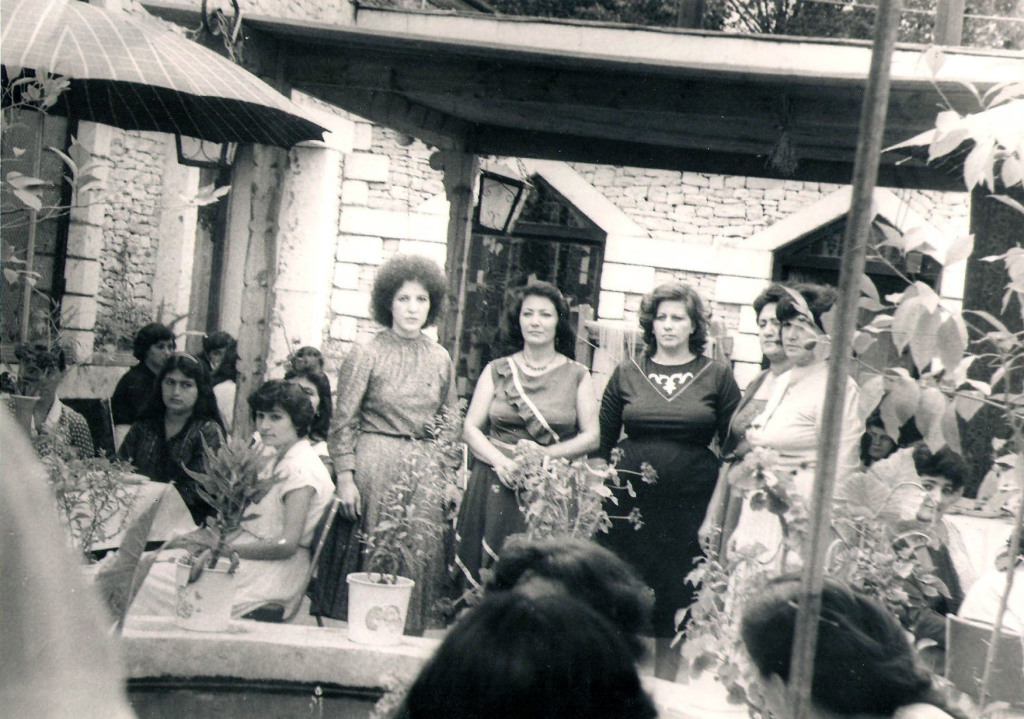 Except all these, in the lower hall there were demonstrated old big pitchers and home-items. The next hall was devoted to manufacture of grain and agriculture. There were exhibited different sorts of wheat, the exhibits made of wheat, the bread cards given to the children during the World War II, including the map of Azerbaijan made of wheat.

A miller was on the staff too. The main purpose was to keep the mill to be in use for to present the visitors ready production. 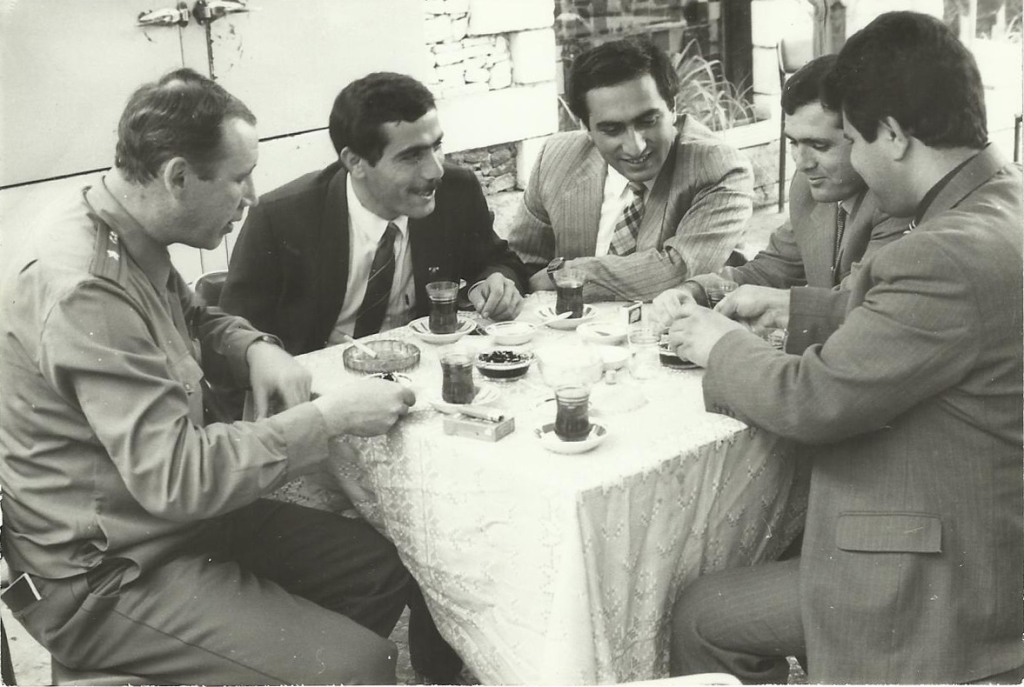 As a result of the attacks of the Armenian Armed Forces projectiles had fallen two times on the building of the museum. The first projectile had fallen into the third exhibit hall, but it didn’t explode. But the second projectile fallen on the museum on 12th in August of 1992 at 16:40 had hit the mark. Zahid Valiyev who worked as chief investigator at the Prosecutors Office of the towns on Karabakh notes in the materials of the criminal case numbered 64525 that on 12th August in 1992 the city of Aghdam was attacked by rockets and fire-guns from the direction of the villages of Khanabad and Nakhchivanik of the town of Esgeran, as a result one of the rockets fell on Bread Museum. Just that projectile put an end to the existence of the museum. Though they made efforts to put out the fire it was impossible to escape the museum. About 1500 exhibits burnt and turned to ashes.

The executive director of the Free Speech Foundation