The Kalbacar District local history museum opened in 1979 at a detached building decorated with mosaic stones on Molla Vali Vidadi Street of Kalbacar town. The museum building with 900 m2 yard consisted of a corridor, three offices and nine exhibition rooms .The fund with over 30,000 exhibits was also stored at the museum. 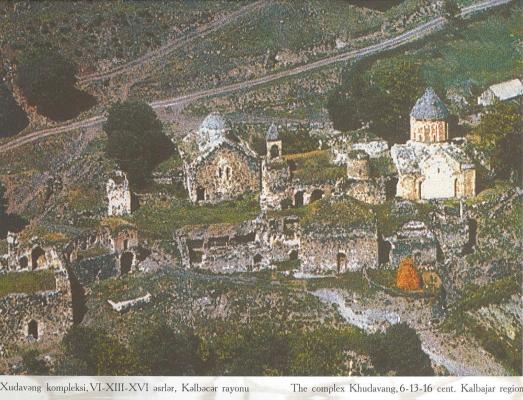 Stone samples with 10,000 color tints of the district natural stone reserve were gathered at the museum. Described as geology, archeology, and the sound museum, the outer walls of the museum were decorated with stones of over 2,000 color tints that created a quasi-synthesis with the surroundings. It was the unique museum in the world that displayed all the mountain rock samples across the district. Plant and tree samples, petroglyph, stone made ram, horse and tombstone monuments, huge bezant stones and other stone samples, numerous cultural and general items discovered following archaeological excavations drew attention. A library with up to 10,000 books also functioned at this rich museum.

The museum also exhibited over 100 carpets and rugs woven personally by Mrs. Gulandam of Kalbacar with her portrait, who died at the age of 147 in 1986 and was glorified by Ashuq Alasgar in a poem. In his time while visiting Kalbacar, the associate member of the former USSR Academy of Sciences Aleksey Makarushev said about the museum: “This is the rare museum worldwide where samples of all mountain rocks have been collected with patience.”

A model of the famous Lokh Tower in the vicinity of Qanlikand; models of many wild animals of the Kalbacar mountains, 150-million-year old stoned oyster samples discovered from the Tartar river sand; arrows, knives, hatchets and other items of the prehistoric period were on display here.Regrettably, the museum building with own uniqueness in the region was destroyed by the Armenian armed forces when Kalbacar District came under occupation in 1992 and over 30,000 museum exhibits were seized and taken to the Republic of Armenia.

After the occupation, the local history museum was reopened at a 42-m2 room on Heydar Aliyev Avenue, 8, in Baku. Today owing to the devotion of the museum curators with no a penny spent, 5,665 exhibits have been collected at the museum. The exhibits are divided into the following groups:

A total of 13 curators work at the museum now.

The first director of the Kalbacar local history museum was famous poet Shamil Askar Dalidag. At the moment, his son Barzani Askarov occupies this position.