The idea of the creation of house-museum of the national artist tari player Qurban Pirimov, was suggested in September of 1991 by the Ministry of Culture and in conjunction with it, was set a nine-member staff. Fakhraddin Hajiyev was appointed as the director of the museum.

The collection of the exhibits was accomplished in a very complicated and trying time. A part of belongings of the well-known tari player Gurban Pirimov, is in hands of various people, the other part is in the Azerbaijan Historical Museum of Music. 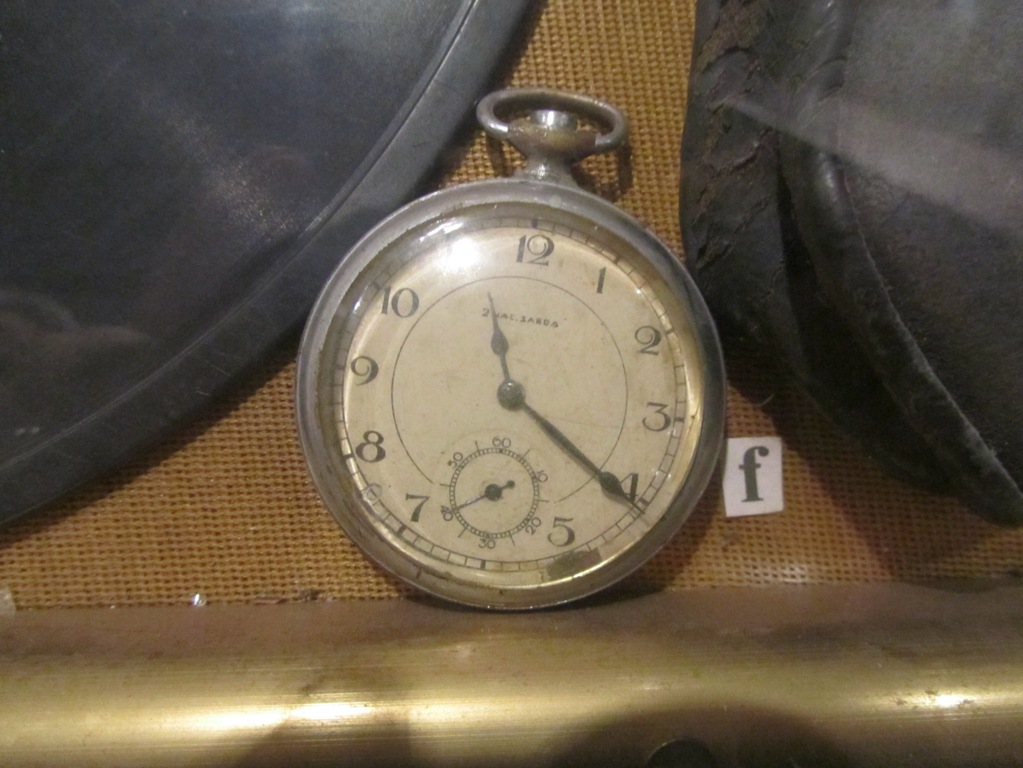 A relevant group of the Department of Culture in Agdam first of all looked over the tari player’s house in the village of Abdal-Gulably, near the mosque and decided to build a new one. In tari player’s  garden was built a new museum, which’s height was 12m and 6m in width. This building was approximately at a distance of 3-5 metres from the tari player’s old house. Within a very short time, the bulding was constructed and was handed over. Then, restorer group from artists, under the leadership of Bahram Aliyev, accomplished design work in the museum. In the entrance to the museum, there are wax figures made from special details. 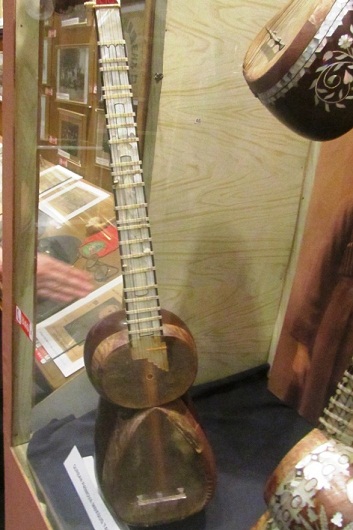 I’d like to note that, all of these events took place between October – November of 1991. Though organizers faced serious problems during the collection of the exhibit fund, through the help of Pirimov’s folks they could collect his belongings. To this end Pirimov’s son-in-low – a distinguished writer Mirza Ibrahimov played a big role. He, not only highly praised the idea of building the museum, but also gave all of the tari player’s things to the museum which he had in his house. Tari player’s relative, deceased actress Amina Babayeva for the upcoming exhibition gave to the museum the table, chair and even the piano belonged to the artist. Besides that, the director of Azerbaijan Historical Museum of Music, Alla Akhundova gave to the exhibit fund some of the things in the museum, including the pictures, and other valuables that reflect his life and creation. His misbaha, suit, ashtray and glasses are also included in the museum exhibit fund. In such a way, within a short term in the museum was collected over 70 valuable exhibits of different types. 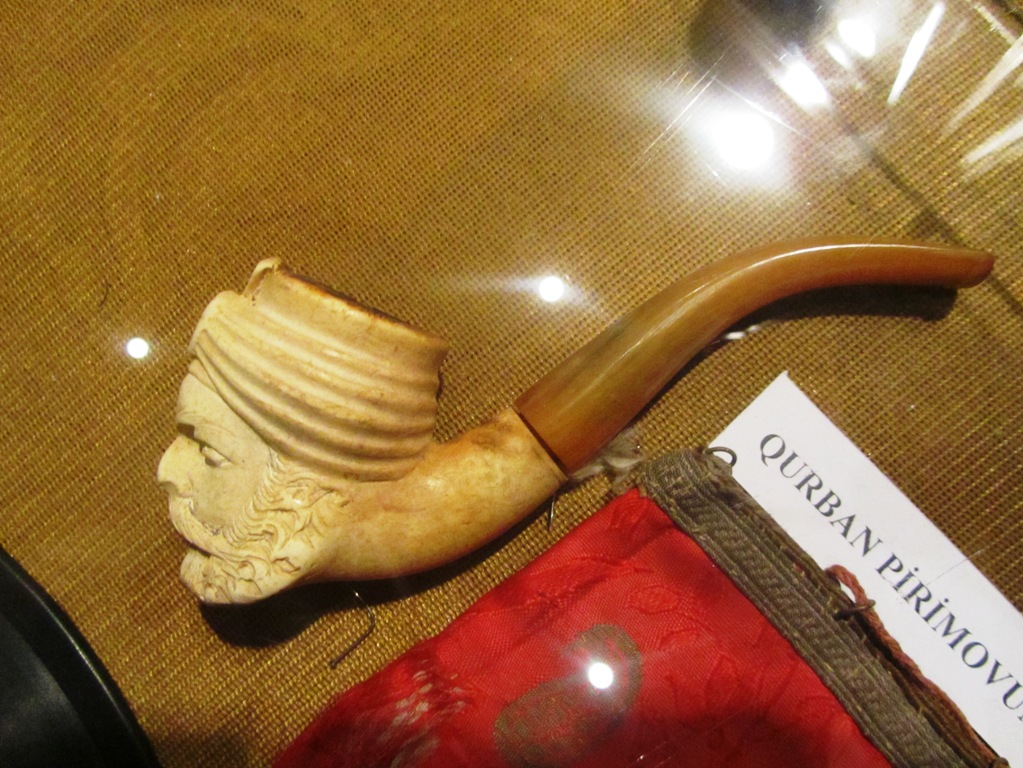 Though, the museum was built in the village of Abdal-Gulably, the demonstration of exhibits did not last long. Armenian armed troops were permanently shelling the village and the place of the exhibit fund of the museum had to be changed.

After, the museum was moved to a one-storey building situated in Agdam, which was formerly “Lenin” street. This building was at one time “house of Pioneer” and later operated as a library. 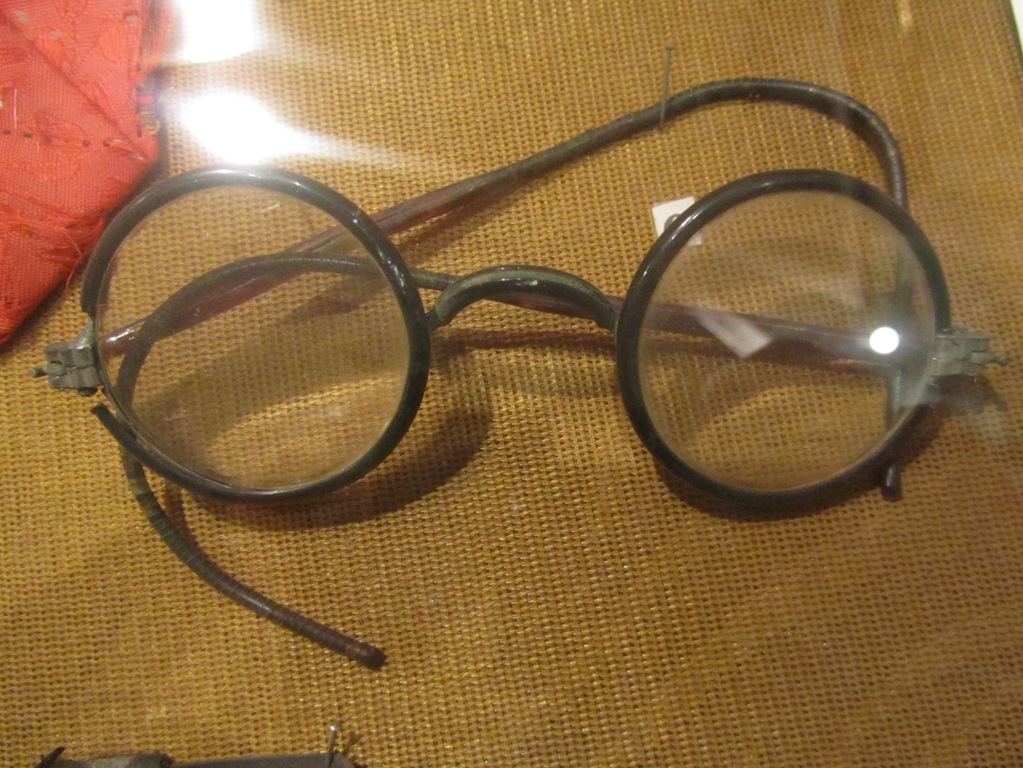 Continuous attacks of Armenians to the Azerbaijani villages, called into question the activity of the museum. In March of 1992 the war was getting worse and the situation more dangerous. The bullets inflicted serious damages to the building of the museum and to the exhibits. For this reason, by the support of Chimnaz Aliyeva, the director of the Department of Culture of Agdam legion, on the basis of the agreement of the Ministry of Culture, nearly 30 exhibits, which were possible to be replaced, were saved. The museum does not operate at present.

Gurban Baksheli Pirimov was born in October of 1880, in the village of Abdal Gulably situated in Agdam. He’s the great-grandson of the famous Ashig Valeh who lived in XVIII century. Blessed by his teacher Sadigca in his 15, he was accompanying famous songstresses of Karabakh distinguished in parties. In one of these parties, songstress Islam Abdullayev saw Gurban playing tar and suggested Gurban to be his tari player. 1905 was a successful date for Gurban. Because, in one of the weddings in Gandja, Djabbar Garyagdi liked the way he was playing tar, and with the agreement of Islam Abdullayev he took Gurban to Baku with himself. G. Pirimov accompanied many tari players. He passed away in 29th August of 1965 in Baku.