Turkish and Azerbaijani people are one nation and the crimes against humanity committed in Azerbaijan’s Khojaly city are also a crime against Turkey, chairman of the Turkish Grand National Assembly Mustafa Sentop said in an exclusive interview with Trend on Dec. 18. 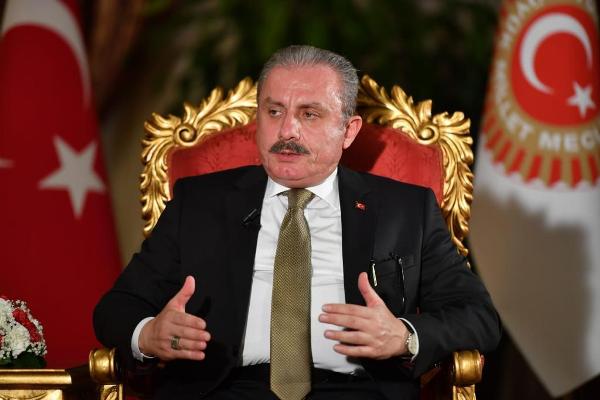 “The Turkish president and all Turkish officials announced about this on appropriate platforms and conveyed to the world community the true essence of crimes committed against humanity in Khojaly,” the chairman added.

“Turkey has always supported and will continue to support the fair position of the Azerbaijani brothers regarding the Khojaly tragedy,” Sentop said.

Commenting on the resolution of the US Senate on the so-called “Armenian genocide”, the chairman emphasized that if such hostility continues, Turkey will reassess the situation and determine a new principled position.

“I have already clarified, stressing that the US Senate’s resolution on the so-called “Armenian genocide” should not be taken seriously,” the chairman said.

He said the Armenian side has not taken a concrete step up till now. Turkey took a step forward, proposed to create a joint commission and consider archives to investigate the events of 1915.”

“Condemning or making decisions on events which occurred a hundred years ago is beyond the politics and it is not the business of politicians,” the chairman said. “The opposing party must consider its archives to investigate these events. Turkish incumbent President Recep Tayyip Erdogan voiced such a proposal in 2005 – “Let the events of 1915 be explored by historians from different countries.”

Sentop also stressed that in contrast to this, the Armenian side continues to slander Turkey every year and in many countries.