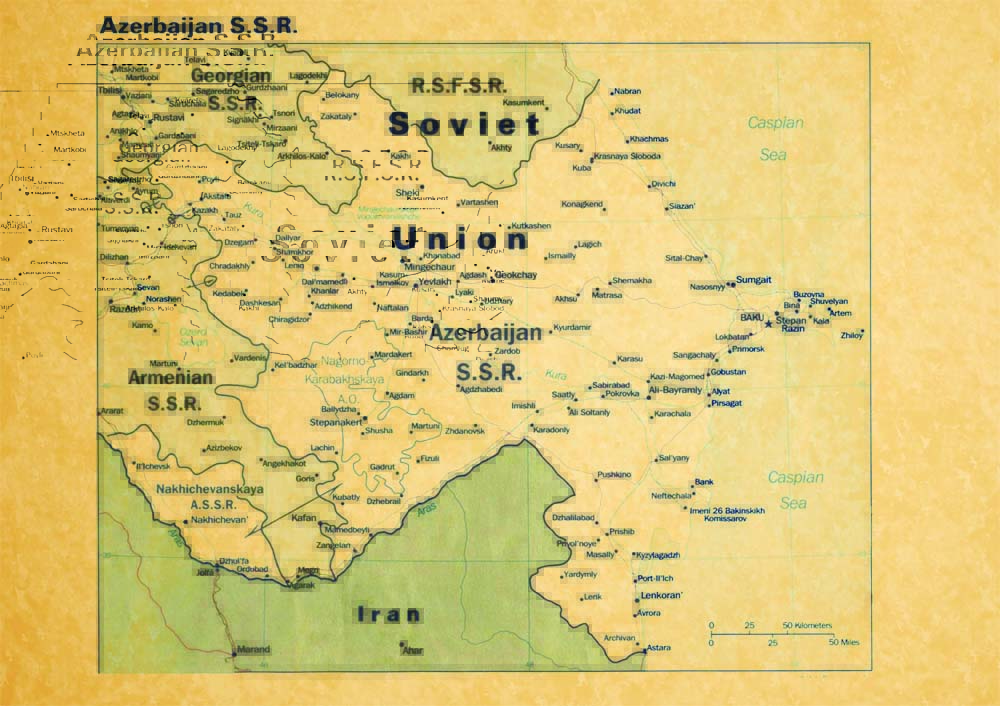 The recognition of the independence of the Azerbaijani government established with the assistance of the 11th Army of the Soviet Russia was formal. Not only political activity of Azerbaijan, but also its economy and oil industry, the main area of the national economy, were led by the representatives of Russia. The incorporation of Azerbaijan as part of the Transcaucasian Socialist Federative Soviet Republic into the newly established USSR on December 30, 1922, meant the transfer of the limited rights of ASSR to the center. Even though some statehood attributes of Azerbaijan, including its flag, ensign, anthem and constitution were maintained, it lost its status as a subject of international law in many fields. However, great progress was made in the oil industry, new areas of industry emerged, power stations were built, irrigation canals were constructed, agriculture revived with the heroic efforts of the Azerbaijani people in the 1920-30s. Broad masses got educated, networks of secondary schools, hospitals and polyclinics, higher and special schools, scientific research and culturaleducational institutions were expanded in Azerbaijan. In the 1940-50s, Azerbaijan entered a new stage of development of economy and culture, while the 1960s can be characterized as a period of decline.

Only Heydar Aliyev`s coming to power in 1969 was a turning point in the modern history of Azerbaijan. Under the leadership of Heydar Aliyev, the first secretary of the Central Committee of the Communist Party of Azerbaijan, tireless work, unprecedented initiative and huge energy for the elaboration of complex programs for the dynamic development of the republic became obvious attributes of the 1970s. The period of 1970-1985 entered the history Azerbaijani as the most brilliant stage of construction work. Those years hold an important position in our modern history due to the scale of changes, character of deep structural reforms in economic and social spheres, new level of welfare of the population.

The so-called Mountainous Garabagh problem launched by the Armenian separatists in 1987 become into a new obstacle in the development of the republic. Since the first days this problem has been accepted by the people as an attempt aimed at the violation of the territorial integrity and constitutional rights of the citizens of Azerbaijan. Even though the inviolability of the borders were repeatedly reaffirmed by the state bodies of various levels, the policy aimed at separation of the Mountainous

Garabagh Autonomous Province from Azerbaijan was implemented step by step. The 20 January tragedy committed in order to break the spirit of fight for national liberation and insult their national identity, and demonstrate the power of the Soviet military machine was actually a military aggression and crime executed by the totalitarian Communist regime against the Azerbaijani people. The logical conclusion of the centrifugal tendency in the entire territory of the USSR on the background of ongoing events was the declaration of independence of Azerbaijan in 1991 after 71 years.