The independent sultanates, which emerged after the decline ofthe Seljuqs, originated new state entities. The founders of thosestates were the former slaves (mamluks) of the Seljuq sultans.Atabey (literally “father lord” in Turkic languages) was the titleconferred upon the Turkic slave officers who served as mentors of theSeljuq princes. The founder of the Azerbaijani Atabeys (1136-1225)was Shams ad-Din Ildeniz. 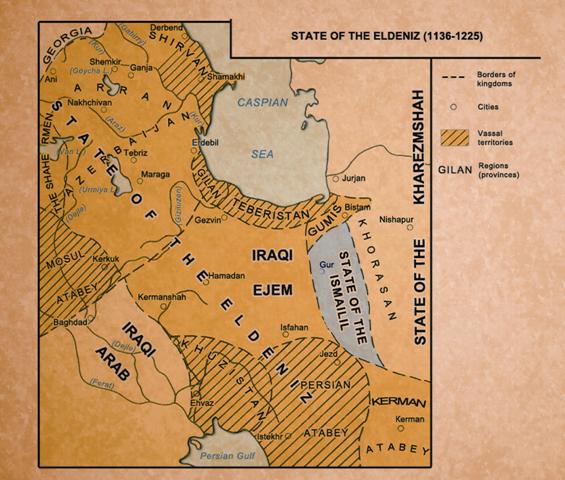 Upon the death of Toghrul II , in 1136,Atabey Ildeniz married his widow Momune Khatun and was appointedby Sultan Masud the governor of Arran with his residence in Ganja.Soon Ildeniz subordinated all emirs of Arran and became almost anindependent ruler of the region on the eve of Sultan Masud`s de ath.Soon after Ildeniz subordinated Shirvan as well. Following the death ofChavli, Sultan Masud`s representative in Azerbaijan in 1146, Ildeniz,using the chaos, annexed the province of Nakhichevan and moved hiscapital to Nakhichevan. In 1161, the troops of Shams ad-Din Ildenizseized Hamadan and his juvenile stepson Arslan ascended to the throneof the sultanate of Iraq. Hamadan became the capital of Sultan ArslanShah and Atabey Ildeniz. After the proclamation Arslan Shah was sultanof the country, his Atabey was declared “Ulu Atabey” (“Great Atabey”). 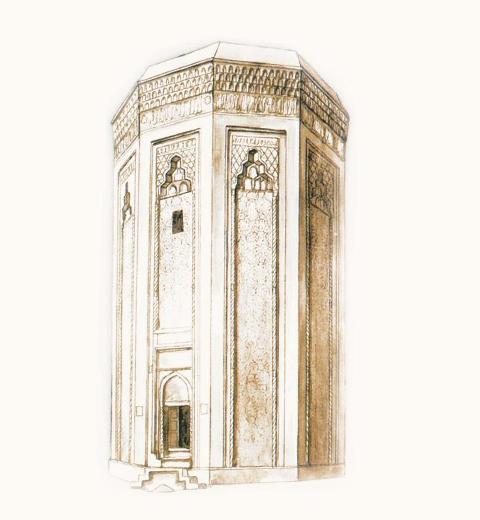 Thus, Shams ad-Din Ildeniz became the real head of the sultanate ofIraq. Since then the title “Atabey” lost its original meaning as “theguardian of the prince” and was understood as the supreme title of aruler. In different periods the Atabeys of Azerbaijan consisted of largeprovinces and regions, with no clearly defined boundaries. Azerbaijan,Arran (Nakhichevan), Persian Iraq, Rey, and Hamadan were always partsof this state. Upon the death of Atabey Uzbek during the marches ofKhwarezmian Shah Jalal ad-Din to Azerbaijan in 1225, the Atabeys ofAzerbaijan ceased its existence.