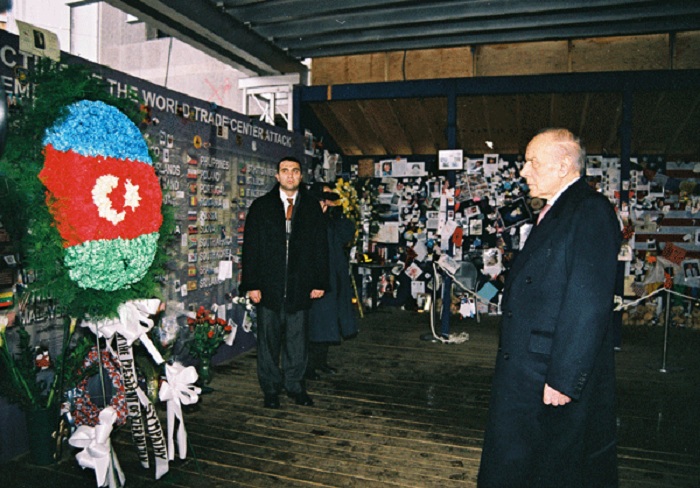 The terrorist actions on September 11 in New York and Washington cities of United States of America have deeply afflicted and grieved the public of Azerbaijan. There occurred an awful tragedy accompanied by serious loses of thousand of people and numerous devastations in the most powerful state of the world. In the beginning of XXI century, which humanity entered with great expectations hopes, the terrorism becoming a global crime, knowing no borders, directed against all human values and appeared in the unprecedented form in history. Though the USA is on target today, this monstrous calamity may be potentially directed against all the states and peoples.

The Azerbaijan people who consistently experienced the terrible and bitter consequences of terrorism on itself, today in the best way understands the torment and shock of friendly American people and shares its boundless sorrow.

Azerbaijan resolutely condemning all forms of terrorism, has always struggled against it, showed the readiness to cooperate in this direction with all the world states and structures. Today we declare that we are ready for such co-operation with even greater persistence and determination.

The terrorism at the present stage is a global problem that can turn all countries into a target. The international community, peoples and the states of the world over should consolidate the efforts, prove the uncompromising struggle and determination in practical work and close co-operation against terrorism in order to remove the threat of terrorism entirely so that in the future any people, any state would not be subjected to such monstrous tests and shocks. Azerbaijan declares that it will steadily henceforth carry out the obligations pledged in this direction, and unequivocally support the efforts of the world community in struggle against terrorism.