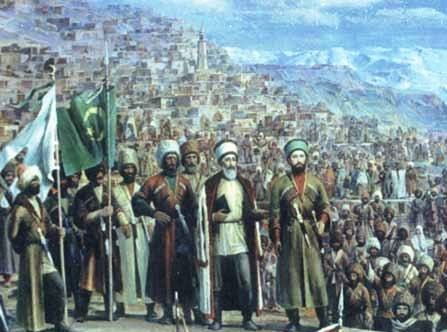 Haykazyan, famous Armenian historian: “The first Armenian dynasty consists of legendary persons, not historical figures. Moses Khorenatsi himself is not a historian of the fifth century, but a historian-falsifier, who lived in the seventh century.” (“Armenian history”, Paris, 1919).

Garagashyan: “There is no information on the past of the Armenians, which could be considered history or tradition. Hayk`s kinship with Noah was invented after the adoption of Christianity. It is assumed that he was a descendant of Torgom, one of the grandsons of Yafes, son of Noah. Some of the old sources show Torgom, whose name is mentioned in the Jewish annals, part of Armenia, family, genus, nation of Torgom. It was first written by Moses Khorenatsi.” (“History of the Eastern question”, London, 1905)

Basmadzhyan: “The origin and history of Armenia and Armenians are very dark. Since ancient times, this territory has been occupied by people from Pamirs and Hindu Kush. Like Romans, Greeks, Iranians and all people, the Armenians have their mythical heroes. They have been replaced with characters from tales by national historians, who possess no comprehensive and explicit sources.” (“New History of the Armenians”, Paris, 1917).

N.Pastermadzhyan, Armenian historian: “Armenian chronicles date the arrival of Hayk and his people in Armenia to 2200 BC and contain a list of succession of religious leaders and kings till 800 BC. Contemporary science does not confirm this legend. As opposed to individuals, peoples like making themselves older…”

Gevork Aslan: “We must accept that Moses Khorenatsi drew these stories from Syrian tales or heard from Hurufis wandering in Armenia and masterfully presented them as his own. He used the historical sources of Syria and Iran. He appropriated excerpts from the war of the Jews Yasenhen, history of Euzeben church, Pascal and Malales.” (Gevork Aslan, “Historical Sketch of the population of Armenia”, Paris, 1909)

B.Ishkhanyan: “The real homeland of the Armenians – Great Armenia – is Asia Minor.” (B.Ishkhanyan, “Peoples of the Caucasus”, 1916)

B.Ishkhanyan: “The Armenians living in Karabakh are partly natives – the descendants of the ancient Albanians, partly refugees from Turkey and Iran, for whom the Azerbaijani land became a refuge from persecution and oppression.” (B.Ishkhanyan, “Peoples of the Caucasus”, St. Petersburg, 1916)

Prepared based on the books “Armenian foreign tales” (Baku-2008) by Kamran Imanov and “Azerbaijani realities in Armenian sources” (Baku 2008) by Israfil Abbasli.

1. Armenians’ parody claim to the ancient Nakhchivan 2. 81.749 Muslims and 25.131 Armenians lived in the “Armenian Province” in 1852. 3. The Architectural Style of Churches in the Territory of Karabakh and in the Present Armenia is the Architectural style of the Albanian Temples 4. Completion of Gregorianization and Armenianization of the Azerbaijani-Albanian population of Karabakh 5. The Armenian forgery that began with Movses Khorenatsi 6. The Armenians and the Southern Caucasus until XVIII Century